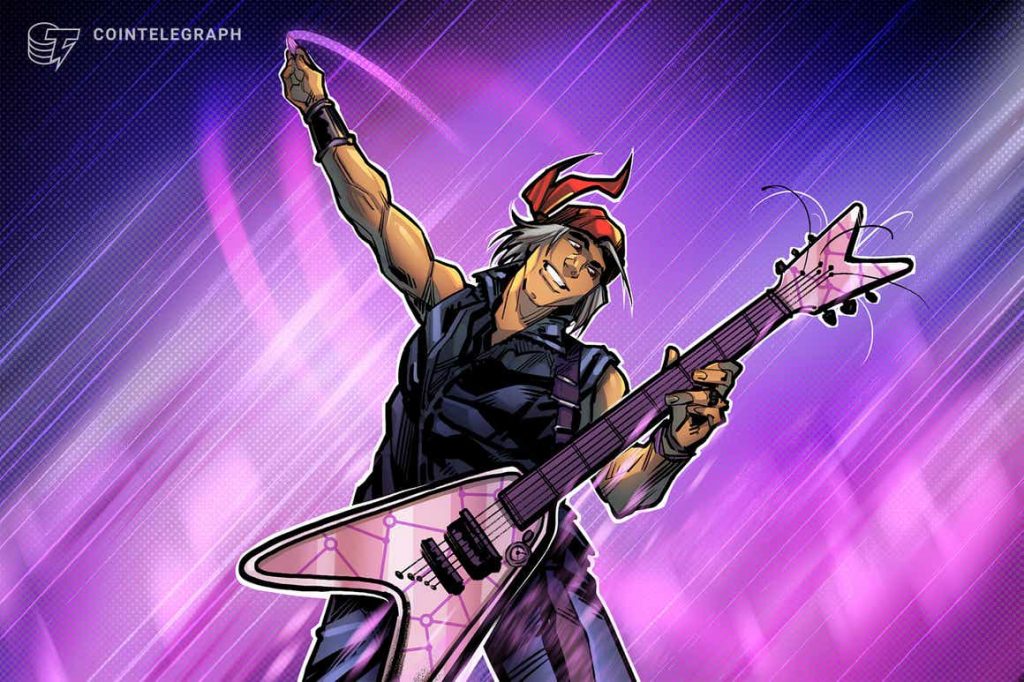 Spotify and Apple Music reportedly cut 75% from musicians’ revenues together with the cut paid to labels.

According to one of Saxo Bank’s “Outrageous Predictions 2022: Revolution,” music creators will benefit from NFT-based streaming platforms, as they allow distributing music directly to listeners without centralized intermediaries charging a fee.

Saxo Bank cryptocurrency analyst Mads Eberhardt argued that mainstream music streaming platforms such as Spotify and Apple Music take a substantial cut, which, together with the cut paid to labels, is some 75% or more of the total revenue.

“The use case for NFTs could prove particularly compelling in the next step for the technology for content generators in the music industry as musicians feel unfairly treated by the revenue sharing models of the current streaming platforms like Spotify and Apple Music.”

The analyst noted that NFT-based music streaming projects are likely to kick off in 2022, including initiatives such as Audius, a blockchain music platform backed by Katy Perry, The Chainsmokers and Jason Derulo. Based on blockchain technology, the Audius platform is a decentralized music-sharing and streaming protocol designed to remove intermediaries from the music industry and allow fans and creators to interact with each other directly.

In contrast, the future of traditional streaming platforms such as Spotify is “bleak,” according to Saxo Bank. The company predicted that Spotify shares would tumble 33% in 2022. SPOT has been dropping in 2021, starting the year around $300 and dropping to as low as $204 in August, according to data from TradingView. At the time of writing, SPOT is trading at $229.

In the meantime, Spotify’s revenues have been steadily growing over time, reflecting much potential for NFT-based music platforms to disrupt. According to Spotify’s official 2020 financial results, the company generated 7.85 billion euros ($9.5 billion) revenue last year, a 16% increase from 2019. Spotify’s financials continued growing in 2021, with the total amount of monthly active users surging 19% year-on-year to 381 million in Q3 2021.

As previously reported, Spotify has been paying attention to the cryptocurrency industry, looking for talent with a crypto background in late 2020. The firm is also well aware of the rise of NFTs, as it mentioned NFTs in its Spotify Wrapped 2021 compiled for users on Wednesday.

I will say I was not expecting to see an NFT reference in my Spotify Wrapped today but here we are pic.twitter.com/KnpwrR90Y4

Spotify did not immediately respond to Cointelegraph’s request for comment.