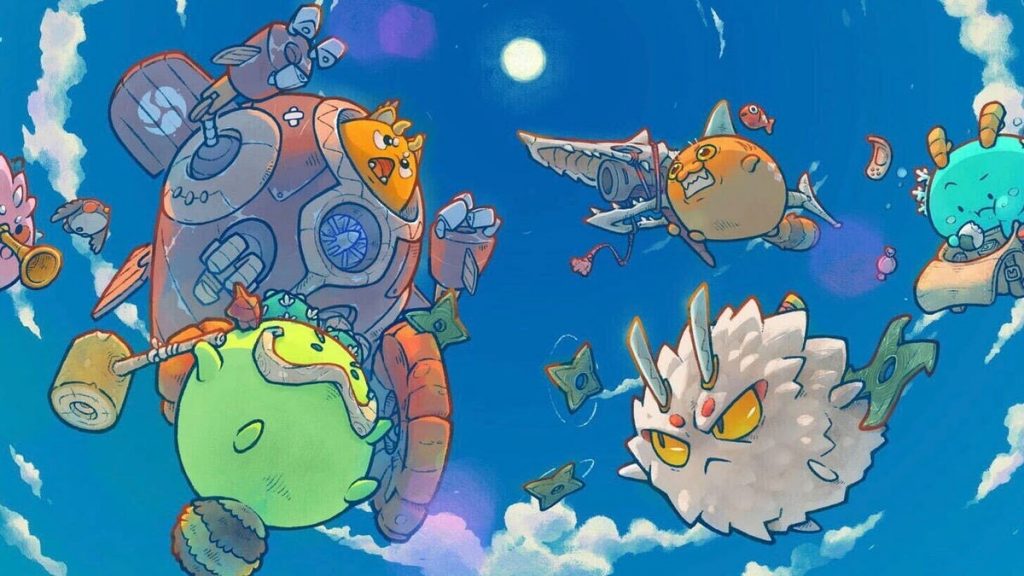 Axie Infinity, the play-to-earn, decidedly exploitative, crypto Neopets, has reopened its proprietary Ronin blockchain bridge after unintentionally exposing its users to a $600 million hack in March.

The hack was made possible by an exploit in the bridge, which let funds transfer between the Ethereum and Ronin blockchains, and was the beginning of Axie Infinity’s larger issues, as the game later suffered from the same tanking prices as the rest of cryptocurrency in late spring. In May, its utility token Smooth Love Potion (SLP), which is necessary for buying and breeding the game’s tubby “Axie” creatures, was worth $0.00. That is, if you rounded up.

As of this writing, SLP is still worth $0.00 if you round to the nearest cent. And Axie Infinity the game is sticking to the same premise it first used to draw in its (plummeting) couple-hundred-thousand-or-so users: Create a Ronin wallet (a must for the play-to-earn crypto game), acquire three Axie NFTs for around $20, make an Axie Infinity account, then download the game. After that, you can battle your Axies like NFT Pokémon, play one of a handful of user-generated satellite games, and breed and sell Axies to earn SLP, which is worth no real money, or the more valuable Axie Infinity Shards (AXS), which is valued at a whopping $14.70 as of writing.

So the only thing that has changed in Axie Infinity’s stake to being the neo-Neopets is its June 28 decision to reopen that once-rickety Ronin Bridge, which was out of operation in the months since the hack. While it was out, users were still able to add crypto to their Ronin wallets, but the process was less intuitive.

Axie Infinity was already showing signs of stress before the huge heist. Shortly before the developers took down the Ronin Bridge, users were noticing that Axie had become less profitable than it once was

“The way the game is currently is very unrewarding,” one Reddit user replied in a thread debating if Axie was “worth playing for money.” “With the small SLP gains and stressful arena giving your enemies two [critical hits] in a row most of the time, it can be really bad for your mental health.”

By April, grossly underpaid players—often from the Philippines, where the average monthly income is about $800 USD—were dropping out of the game en masse due to diminishing returns. Axie’s goal, in part, has seemed to be to confuse people enough to make them believe in it—it’s complicated and cost-intensive both to begin playing the game and to continue playing it. But for its ill-treated players, the $600 million hack and the dwindling faith in crypto revealed that Axie was not the transformative approach to work it presents itself as. Instead, it’s an incredibly vulnerable economy that requires vulnerable people’s labor to continue plodding ahead.

Now the developers are trying to rebuild players’ trust. According to the game’s Ronin’s Newsletter, the refreshed bridge has been audited three times—once internally, once with Verichains, and once with blockchain security company CertiK. User funds are now backed 1:1 by Ethereum (ETH) and USD Coin (USDC), and Infinity says it has stuck to its commitment to recover the 173,600 ETH and 25.5M USDC lost in that March exploit.

56,000 of that ETH is wrapped Ethereum (wETH) stolen from the Axie DAO (decentralized organization) Treasury, which distributes funds to the Axie community and AXS holders. Axie Infinity says in its newsletter that it is working “with law enforcement to recover the funds,” and if “the funds are not fully recovered within two years, the Axie DAO will vote on next steps for the treasury.”

Aside from this, Axie Infinity says its developer Sky Mavis has fully reimbursed the millions of lost coins, and users are feeling more optimistic about the game, which will introduce land staking this week after two years of dubious promises. Gameplay will not change with the Ronin bridge’s reopening, but now users can, perhaps, more safely and easily be taken advantage of.