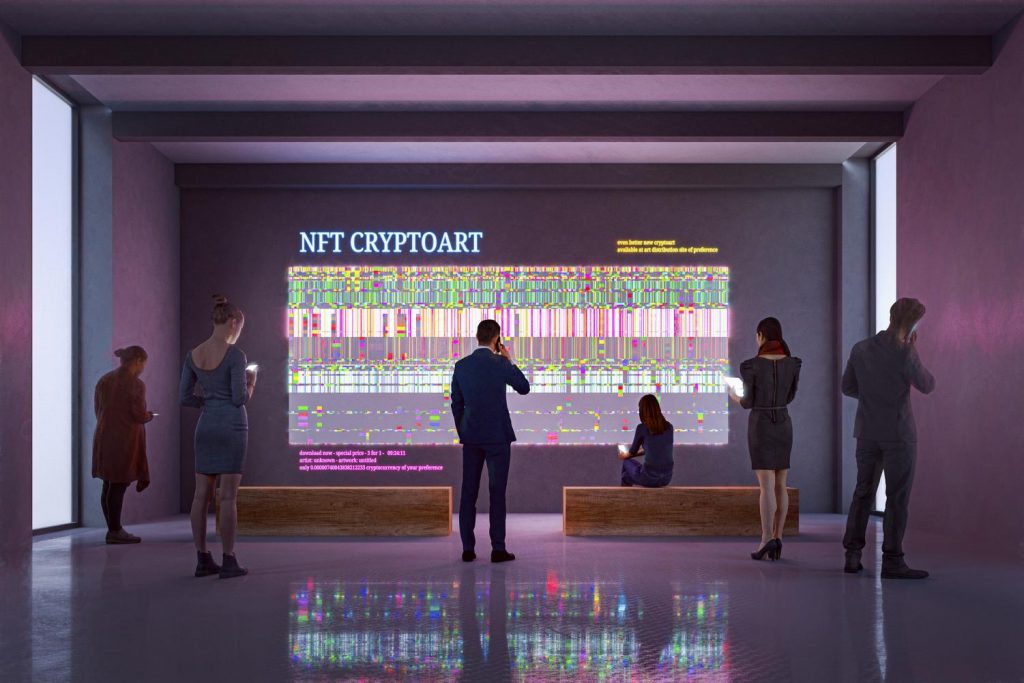 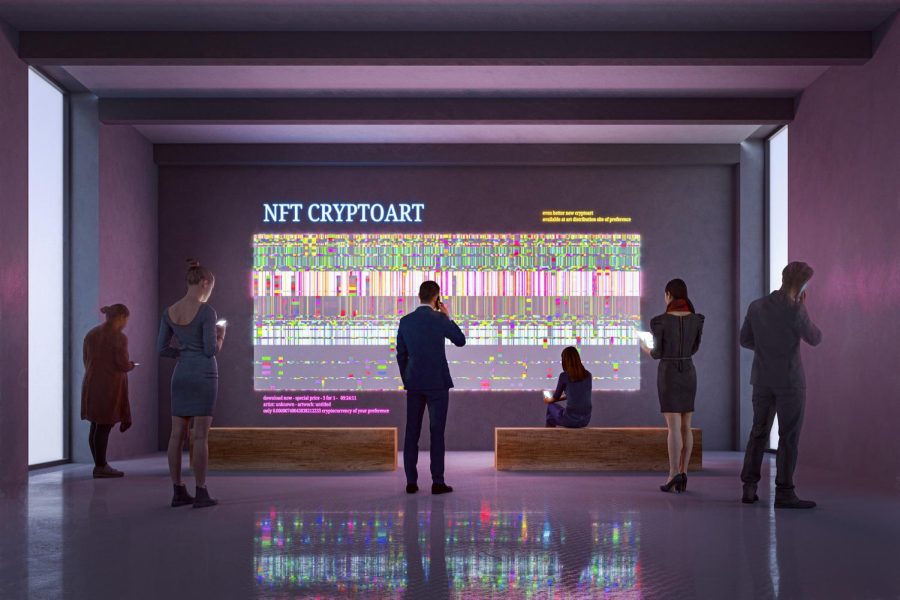 Everything seems to be virtual these days. Instead of going to the theater or video store, we allow streaming to tell us what to watch. Instead of going to a retail store, we just go to Amazon like it’s an instinct. Even money is virtual with cryptocurrency being the newest craze. When it seemed that crypto was the biggest Ponzi scheme in an idiotic exercise to see who can be the most pretentious, NFTs said “hold my pixelated beer” and took the crown.

For those blissfully unaware, NFT stands for non-fungible tokens. Basically, they’re digital artwork and they’re often bought and sold for cryptocurrency, according to Forbes Magazine. Cryptocurrency and NFTs use the same kinds of software, mainly blockchain which is a digital ledger that keeps track of all transactions across thousands of computers making it nearly impossible to hack, unlike banks or corporations.

While NFTs and cryptocurrencies are frequently linked together in the conversation of virtual commerce, there are vast differences between them.

However, each NFT is uniquely coded unlike a cryptocurrency like Bitcoin. Imagine one Bitcoin is a dollar bill, you know, something real that actually matters. While each dollar bill is technically different, they can be exchanged for one another with no problem. NFTs are like if every dollar bill had a different color, paper quality, length, width, design and had different people and landmarks on them.

NFTs are also not equal in value. While you can exchange a Bitcoin for another Bitcoin because they’re equal in value, trying to trade NFTs is like trading art at a gallery, one painting is just not going to be worth as much as another.

Creating them is easy enough. All you need is to have a knack for graphic design. Practically anything digital can be sold as an NFT including social media posts, photos and GIFs.

At least cryptocurrency has a point, to replace money. What’s the point of an NFT? To look nice? If that’s so, then why can’t they be physical? Art can be made on a computer and then physically produced or, at least, sold online. There’s great art out there but popular NFTs are hardly worth the money. They’re less like art and more like the default logos you’d use for your Netflix profile. Actually, the one with a cigarette-smoking monkey with laser vision was pretty cool.

On top of their stupidity, NFTs use a ridiculous amount of energy because of blockchain technology. The average transaction of NFTs uses 35 kilowatt-hours which is the equivalent of powering a refrigerator for a month, according to Frontier Group.

One vocal voice against NFTs is artist Joanie Lemercier who found out that “my release of 6 CryptoArt works consumed in 10 seconds more electricity than the entire studio over the past 2 years,” according to Lemercier’s website.

Despite the youth wanting to save the planet, it seems we’re intent on destroying it as well. Say what you want about older generations that recklessly burned coal and created greenhouse gasses, at least it was to make tangible things. NFTs are nothing.

NFT creators are also violating copyright law by taking online artwork and social media posts and turning them into NFTs, profiting off of others’ work. Actor William Shatner raised concerns last year on Twitter about people taking his tweets and selling them as NFTs.

Since social media posts are copyright protected and intellectual property of the people who post them, any attempt to steal them and use them for financial gain would be considered copyright theft, according to Yang Law.

So all we can do is not buy into them because when their value is kaput, they will cease to be used. I’m willing to bet five bucks that this was all a scam perpetrated by some 15-year-old just trying to see how stupid people are that got way out of hand. And that’s five American dollars, not whatever currency Elon Musk is using.

People selling NFTs are the new snake oil salesmen from the Old West, but at least they had a sense of showmanship with the cart, hat and twirling mustache.