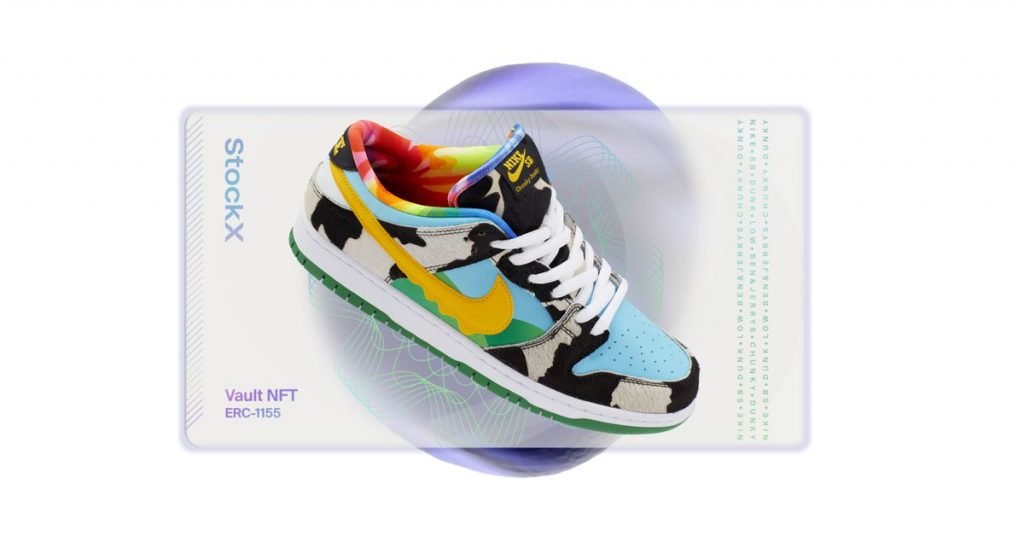 Nike is suing an online marketplace for launching non-fungible tokens (NFTs) based on Nike shoes, testing the limits of crypto trademark law and what an NFT actually is.

StockX is a reseller for streetwear, bags, and sneakers, among other items. Unlike some marketplaces, it’s also an intermediary that takes in items and verifies their authenticity. StockX built on that system in January by launching NFTs linked with physical goods. The announcement promises these “Vault NFTs” can be redeemed for physical items but also traded instantly as digital goods.

The problem is that Nike shoes are extremely popular on StockX, and its Vault tokens are linked with the name and picture of their corresponding products. Nike alleges that the resulting crypto assets constitute trademark infringement, false designation of origin, and trademark dilution, among other violations. The case hinges on whether StockX’s NFTs are an extension of its normal reselling process (like a digital receipt of ownership) or whether they’re products in their own right, with potentially significant implications for NFTs in general.

In its lawsuit, which was filed February 3rd and previously covered by The Fashion Law, Nike notes that StockX has launched nine limited-edition Vault NFT series, and eight are linked with Nike shoes. It claims this has produced a collection of digital items that look like official Nike goods. “StockX almost exclusively used Nike’s marks to launch its Vault NFTs because it knew that doing so would garner attention, drive sales, and confuse consumers into believing that Nike collaborated with StockX on the Vault NFTs,” it says. “StockX is using Nike’s trademarks to market, promote, and attract potential purchasers.” StockX declined to comment on the lawsuit.

Nike notes that you can’t yet redeem the NFTs for actual shoes, making them less clearly like ownership receipts — which is how StockX has positioned them. (To make things even more complicated, the “NFTs” aren’t technically the pictures StockX is displaying; they’re sections of code on a cryptocurrency blockchain that include a link to an image hosted elsewhere.) Some fine print also gives StockX the right to nullify the NFT. Nike characterizes the whole launch as plagued by “inflated prices and murky terms of purchase and ownership,” and if people believe Nike is behind the project — as suggested by some social media posts included in the filing — that would damage Nike’s reputation.

Nike has a particularly strong incentive to avoid brand confusion. Last year, the company acquired the NFT studio RTFKT (pronounced “artifact”) to create its own crypto collections. RTFKT launched a sneaker NFT collection before its acquisition, and like StockX, it made plans to let buyers redeem their NFTs for real shoes. But the NFTs showcased shoes with a custom design that didn’t highlight the brand of the product. It’s likely to work on more prominently Nike-branded tokens under its new ownership.

A lot of NFT controversies involve copyright infringement allegations — typically, a crypto project minting tokens based on an artist’s work without permission. Sometimes, an artist and publisher also fight over who has the relevant rights to a work, like a lawsuit over Quentin Tarantino’s NFTs based on Pulp Fiction.

The trademark infringement claims here raise different issues. Under a legal concept called the first sale doctrine, marketplaces can typically resell goods — and display images of those goods that include trademarks — without an intellectual property holder’s permission. “I think you would say StockX has the right to have a marketplace where they display Nike goods,” says attorney Moish Eli Peltz, who works in NFT and Web3 law. “What StockX is saying is, well, we’re fundamentally doing the same transaction, but we’re just making an NFT to stand in the place of the physical shoes.” Nike, on the other hand, argues that the NFTs are a separate product taking advantage of its branding.

Nike created a potential first sale conundrum last year when it sued over a lineup of modified Nike “Satan shoes” created by internet collective MSCHF and rapper Lil Nas X. That case was settled before any arguments were made in court. But the popularity of NFTs suggests that even if Nike and StockX follow suit here, this won’t be the last crypto trademark fight.