‘Not starving artists anymore’: Chicago photographer blazes NFT trail for others like her – Chicago Tribune 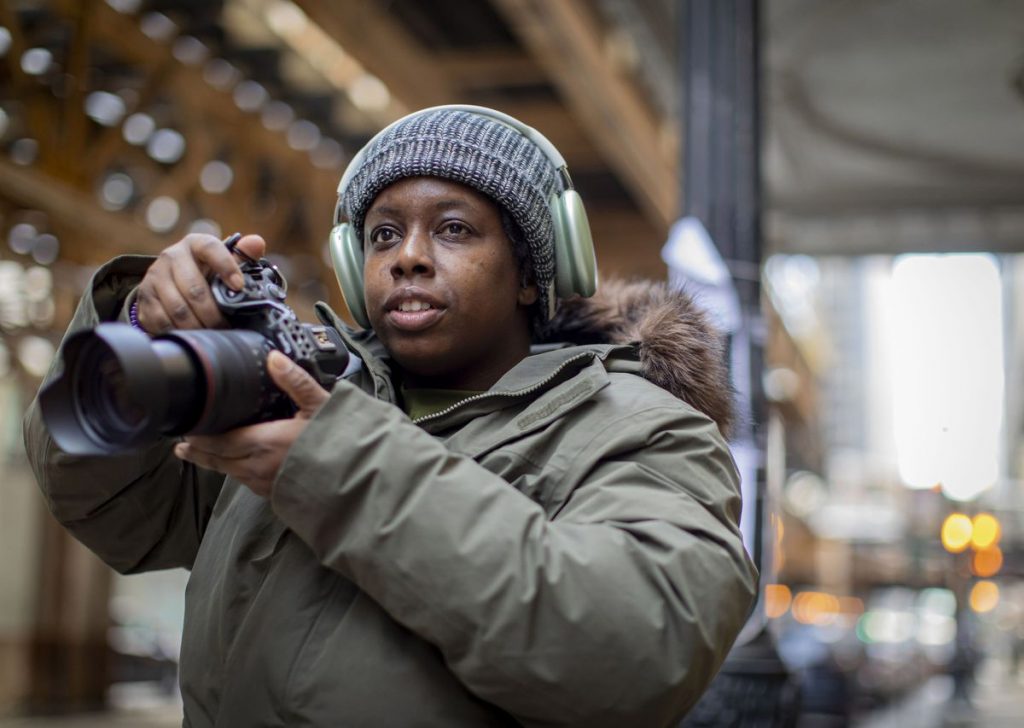 During the pandemic, Brittany Pierre began wandering her neighborhood, taking photos of interesting buildings and other Chicagoans.

She had taught herself photography decades earlier, and decided she wanted to start selling her art. But while she could bring in around $40 for each of her shots, it came only after she first paid $30 for printing and framing them.

Meanwhile, she was falling behind on rent.

“I wasn’t making anything,” Pierre said.

Now, a year after scraping by and being late on bills, she has profited so much from selling her photography as NFTs that she is now able to help others afford to find themselves similar sales.

“The first time I paid my rent on time, consecutively, my landlord was like, ‘Did you get a new job?’” she said.

NFTs, short for nonfungible tokens, are a one-of-a-kind digital item that someone can own, from videos to photography like Pierre’s. NFTs have garnered interest in the art-collecting world as a way to ensure ownership of something that could otherwise be easily duplicated.

Pierre, 36, began shooting photos years ago, when she lived in Houston and did not have a car. She spent a lot of time walking, which gave her time to appreciate small details and streetscapes.

“I was always walking, I was always observing,” she said. “When you look through a camera, it kind of gives you a different perspective of the mundane.”

In Houston, after Hurricane Harvey hit in 2017, she went out with her camera, photographing things like flood-soaked photos and “everybody’s discarded lives on the side of the road.”

After 15 years there, she moved to Chicago in 2019, having visited her former hometown for the Taste of Chicago and feeling drawn to the creative community and the architecture she loves. “That’s kind of where my eye would go,” she said. She loves, for example, the Wrigley Building’s ornate design. “It’s just really beautiful.”

But it was during the pandemic that she regularly took her camera outside. She felt trapped in her home, trying to work remotely as a service coordinator at a car wash.

Instead, she found herself going on walks and looking through her lens, shooting what she saw as she walked around her Ravenswood neighborhood.

“I said, ‘You know what? I’ve got to do something to get my mind off of things,’” she said.

One day, self-described doom scrolling, she saw that Elise Swopes, an artist she respected on Twitter, had sold an NFT for far more than Pierre was making with her own prints.

At the time, like many, she wasn’t entirely sure what an NFT was. She taught herself through YouTube videos, Google and asking questions of others already in the community online.

Now, she helps explain the acronym, and also helps other creatives get involved so they can have more control and profit from their art too.

Delinda Collier, a professor of art history, theory and criticism and interim dean of graduate studies at the School of the Art Institute, said NFTs have increased opportunities for artists to control the outcomes of their work and have contracts and contractual relationships be more transparent.

“My hope is that NFTs can change the balance of power in the art world to benefit artists to the extent that artists can have more control over the sales and ownership of their intellectual property,” she said.

Collier said it can be a steep learning curve, but many are helping artists learn to use these powerful tools. They discuss them in class.

Colleagues and people online helped Pierre understand the NFT world, a generosity she seeks to replicate. After she was given an invitation into one of the marketplaces, her first NFT sold in May 2021 for about $250. Her work ranges from streetscapes featuring textured details of buildings to portraits and black-and-white scenes from the “L.”

“My mother was very giving with the little that she had,” Pierre said. She wants to help uplift Black artists and offset inequality that communities of color face. She has helped dozens of women learn about NFTs, hoping to boost the percentage of women on marketplaces. People have to pay fees to get into marketplaces, so she helps people pay those, as others did for her.

“The most important thing is making sure we’re seeing a different route for Black creators,” she said.

With a recent photography project, she photographed portraits of people, often Chicago creatives, splitting the profits with them so they could afford to join the marketplace and make money there.

Formerly unable to pay bills or afford a car, she’s now buying a Tesla. “I never thought that could happen.”

The biggest change, she said, is simply choosing how she spends her time. When she was struggling to make rent, she was only thinking about her next meal. Now, she has more creative bandwidth and feels more freedom. She recently started painting again.

And before, she was focused on getting her work into a gallery, thinking that was the only path to prominence. Now, she can choose her price and where she sells.

“We’re not starving artists anymore,” she said. “I get to set my own standard now.”