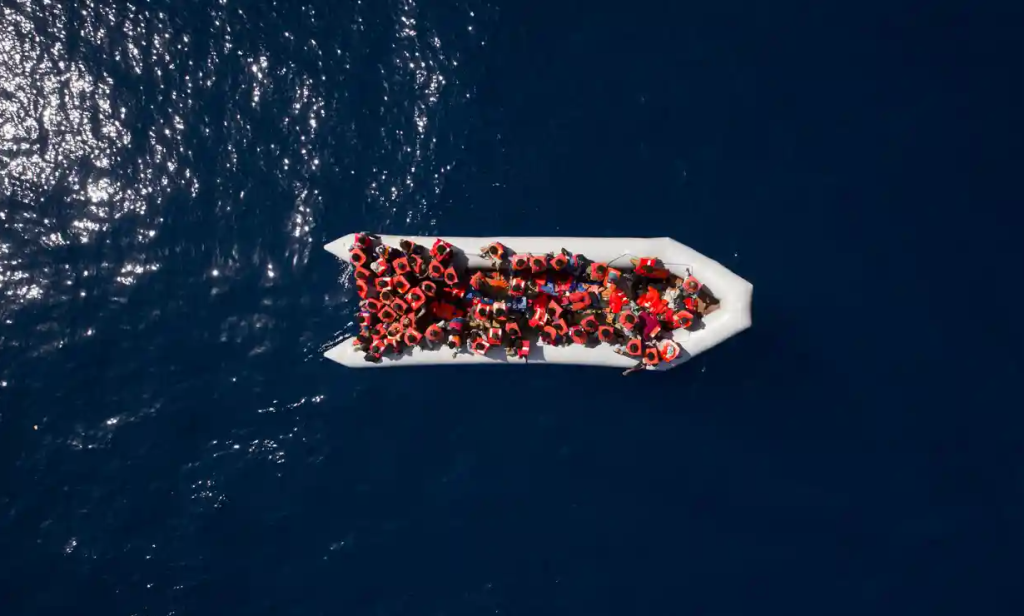 Yesterday, the Associated Press tweeted that it would be releasing an NFT of a short video by photojournalist Felipe Dana featuring migrants crowded together on a raft in the Mediterranean Sea. Plans for the sale went viral, with many bashing the news agency for profiting from human misery.

AP’s tweet was up for four hours before it was deleted. The sale of the NFT has also been halted.

“This was a poor choice of imagery for an NFT. It has not and will not be put up for auction,” wrote a spokesperson for the AP in an email. “AP’s NFT marketplace is a very early pilot program, and we are immediately reviewing our efforts. As a not-for-profit, AP’s mission is to inform the world with accurate, unbiased journalism. That remains our primary focus.”

The AP launched its NFT marketplace just this past month, on January 31, with proceeds from the sales going directly to funding the newsroom. The NFTs the AP has offered thus far are on the whole visually striking photos that do not depict forms of human suffering.

However, in a press release concerning the launch of the platform back in early January, the AP stated their intention to sell a photo depicting conflict between Israel and Palestine. This photo, which depicts a Jewish settler challenging security officers in the West Bank, is a Pulitzer Prize–winning image. An AP spokesperson didn’t respond to a request about whether the news agency plans to move forward with plans to sell an NFT of that picture.