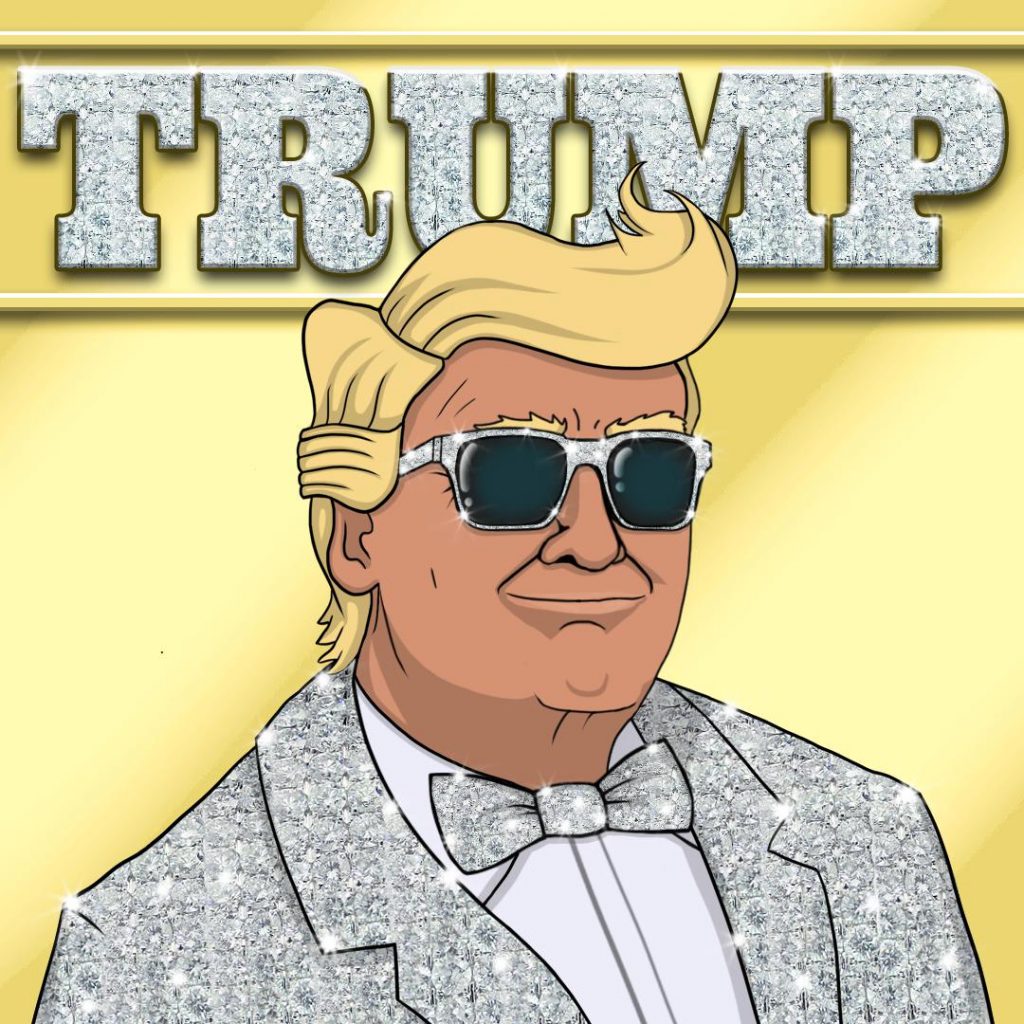 Parler, the right-leaning social media app, has rolled out a new NFT marketplace, DeepRedSky. It plans to sell tokens like the new CryptoTrump Club, a set of 250 NFTs emblazoned with President Trump’s image.

DeepRedSky will sell NFTs based on the Solana blockchain and will make the digital assets available for purchase through credit cards.

The biggest NFT marketplace, OpenSea, takes a cut of 2.5% of each transaction. DeepRedSky’s fees will be higher, says Parler CEO George Farmer, who wouldn’t comment on what those fees will be. DeepRedSky intends to offer consulting services to customers interested in selling NFTs, guiding those clients through the creation, marketing and distribution of those crypto assets.

“We want to work with somewhere between sort of 50 to 100 brands, and we want to offer a far more full-service provision than OpenSea currently offers, which is basically just minting and a place to put them up,” says Farmer. “We want to help you with brand promotions, with social media, with Discord,” the social media app that has become a popular home for NFT collectors.

Parler already has this relationship with former First Lady Melania Trump. Farmer says Parler helped the First Lady’s office sell its first NFT in January—images from a 2018 state visit with French President Macron—and is working on the second group of NFTs that Melania Trump announced in February. For the latter, she plans to sell 10,000 NFTs for $50 each, featuring pictures from the Trumps’ time in office.

While DeepRedSky’s debut listing, the CryptoTrump Club, may bear the 45th president’s likeness, it wasn’t created by President Trump, Farmer says. He declined to identify the creator of CryptoTrump Club. The CryptoTrump Club shows the former president in a variety of settings, priced at $2,750 each. There is a tuxedoed Trump holding a Diet Coke; cowboy Trump in a big, broad-rim hat with a gun belt slung around his shoulder; and a besuited Trump on a beach with a jaunty piratical eye patch covering his left eye.

Famous figures like President Trump have eagerly rushed to embrace the new digital collectibles over the past year—either to sell them or buy them. Combining new blockchain technology with creative pursuits has endowed NFTs with a sense of Silicon Valley mystique. The market for them has exploded in value since last January, amassing over $40 billion in transaction volume in 2021. But unlike traditional securities, NFTs aren’t regulated, leaving eager investors on their own to wade through the unvetted offerings.