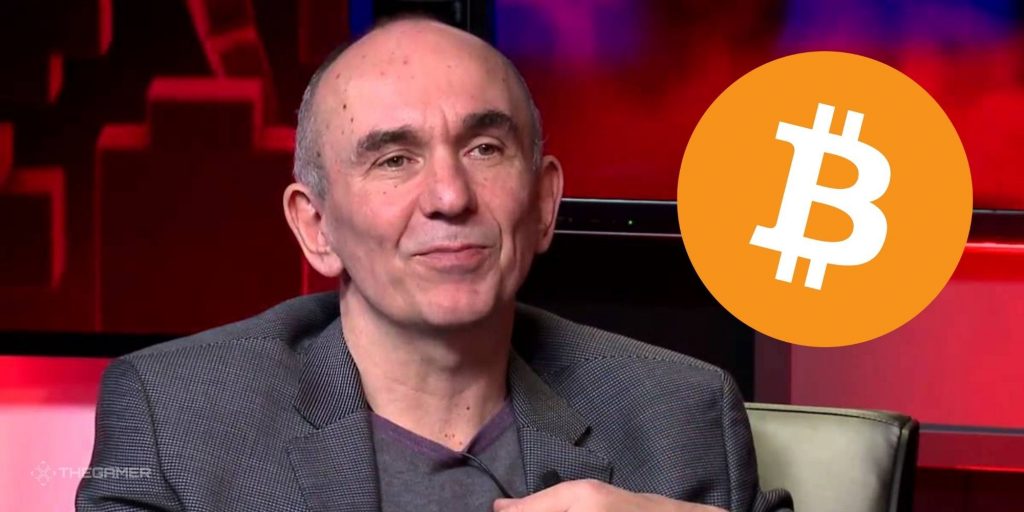 The controversial Fable creator pops his head out to endorse NFTs, to not much surprise.

Peter Molyneux has left an interesting mark on the gaming world. While he’s responsible for the much-loved and fondly remembered Fable series, he’s perhaps best known for his, uh, embellishments during interviews. For whatever reason, the man just kept promising features that would never make it into the games. He was also part of the reason why we all thought the Kinect would be about a million times better than what it was, as he created the infamous – and pretty misleading – Project Milo demo.

Now, he’s back – and even more baffling than ever. Molyneux and his current studio, 22cans, have unveiled their latest project: Legacy, the “first ever blockchain business sim”. Using the new cryptocurrency LegacyCoin, you can purchase “exclusive game item NFTs” – which sounds exactly like the microtransactions that we’ve had for years, but now with the added bonus of harming the environment just so you can prove to weirdos online that the NFT is “yours”.

No, seriously, I’m reading it now and that’s what it sounds like. Despite promising that, “Legacy is here to push the boundaries of blockchain gaming beyond your wildest dreams”, nothing it describes is actually new. It boasts a “player-driven” economy, but MMOs have done that since MMOs were invented. “In-game” NFTs just sounds an awful lot like in-game items, except you get a digital receipt to say that it’s unique and “yours” (although I have a screenshot feature on my phone that would disagree with that). And of course, business simulation games certainly aren’t new either.

Alas, Molyneux is far from the first figure in the gaming industry to jump on NFTs and blockchain. Most recently, Ubisoft threw its hat into the ring with the near-universally hated “Ubisoft Quartz”. At the time of writing, the announcement has racked up 41,000 dislikes (you can see the usually hidden amount of dislikes with a Chrome extension). With that in mind, 22cans may be overestimating the desire for these sorts of games.

If you’re morbidly curious, Legacy is launching on the Gala Games platform in 2022.

Next: Apex Legends Needs To Do Something About Its Pay-To-Win Skins

Don’t Play League Of Legends Just Because You Like Arcane

If Arcane sparked your interest in League of Legends, there are better ways to experience Runeterra than playing the game.

Rhiannon is the Lead News Editor at TheGamer, and can often be spotted preaching the good word about Dragon Age: Origins. Which is the best game, in case you didn’t know.