NEW YORK, NY, June 16, 2022 (GLOBE NEWSWIRE) — PicVerse, a community of creative individuals seeking to break into the NFT space, has announced the launch of its first NFT collection, InuDoge. Released on Thursday, June 16, 2022, InuDoge is partly a representation of celebrities from real-world and fictional characters. 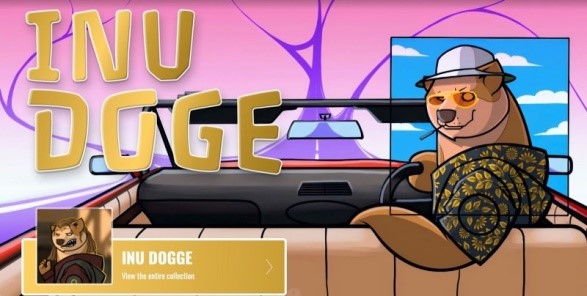 The InuDoge NFT collection is currently available on the OpenSea NFT marketplace.

With a significant difference in appearance, pattern, and hobbies, the InuDoge NFTs will feature 20,000 unique non-fungible tokens from the Original InuDoge collection and 150 Exclusive Inus from the personal collection.

Released after an extensive period of research, design, and eventual launch, the InuDoge collection is super rare, unique, and primarily hand-drawn by in-house artists.

PicVerse, through the InuDoge NFT collection, seeks to create real value for community members. The PicVerse team is currently delving into distinct aspects of the blockchain space, and talks are underway for an entry into the metaverse and GameFi industries.

Built on the principle of value offering, PicVerse will reward NFT holders with exclusive access to some of its highly anticipated products—the NFT marketplace, recurring gifts, bonuses, sales rounds, etc. Additionally, PicVerse is developing a play-to-earn [P2E] game, and characters from the InuDoge NFT collection will serve as heroes in this game, allowing gamers to earn money while playing a competitive and immersive game.

InuDoge NFT holders will also gain access to the upcoming game. In essence, owning any NFTs will automatically qualify holders to play this P2E-based game.

PicVerse will, in the future, launch the sales of other NFT collections; Lords of Cyberpunk, Catsville vs. Doghem, and Beauty Mystery. All of these collections are available for viewing on the PicVerse website.

The PicVerse team incorporates a realistic yet super ambitious roadmap. In addition to launching more NFT collections after InuDoge, PicVerse invites artists from all over the world to join the team as it strives to leave a positive mark on the NFT industry.

The PicVerse team, as part of its long-term plans, will create and launch an NFT marketplace, a P2E-based game, and would subsequently commence the funding of fintech start-ups. Furthermore, PicVerse will launch OldDoge Token, a large-scale project that will play a massive role in accelerating the PicVerse ecosystem.

OldDoge will include an NFT marketplace, P2E games, tokens, and several charity programs. PicVerse will set aside a percentage of proceeds from the sale of tokens to support nascent fintech start-ups and charity houses. By buying OldDoge tokens, users indirectly contribute to charity organizations and emerging fintech start-ups.

PicVerse is a community of intuitive and super creative individuals keen on making a mark on the NFT market. With a precise, simple, and ambitious roadmap, the PicVerse team seeks to build an open platform where users can seamlessly trade NFTs, earn tokens by playing games, and contribute to charities and emerging fintech start-ups.