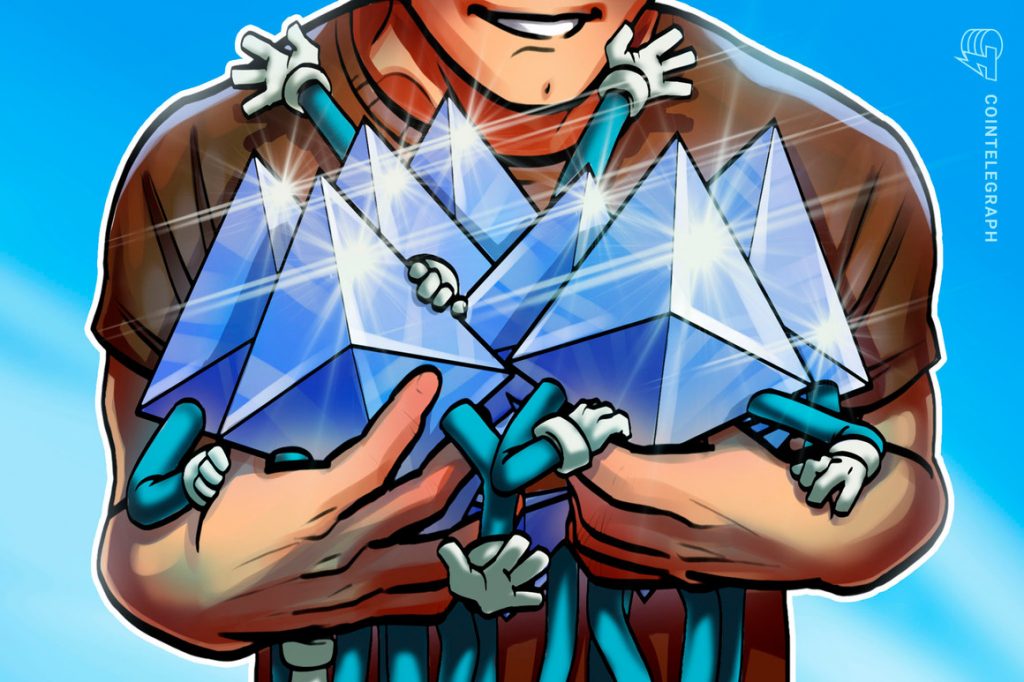 That means PoolTogether is more than halfway to its goal to raise at least 769 ETH, worth roughly $1.5 million at the time of writing, to fight what it calls a lawsuit that has “no merit.” The platform has another 21 days to go before the NFT funding campaign ends. It noted on its NFT minting page that:

“PoolTogether Inc. is a defendant in a putative class action lawsuit. A person deposited the equivalent value of $12.00 into the protocol and is now suing PoolTogether Inc. and others for substantial damages.”

The class-action lawsuit is led by the former technology lead for Senator Elizabeth Warren’s 2020 presidential campaign, Joseph Kent. After depositing roughly $12 worth of stablecoins into the protocol, Ken took action against the project, its founder Leighton Cusack and several of its affiliated partners in January.

According to an amended complaint from February, Kent alleges that PoolTogether is operating an illegal lottery in New York and argues that the platform “may never offer a positive expected value” due to keeping as much as 50% of each weekly prize as a reserve.

Kent is seeking compensation worth double the value of funds he spent on purchasing lottery tickets in PoolTogether, and double the reasonable amount of attorney’s fees and costs of legal action.

The winner of the lottery receives the lion’s share of the yield, while a handful of runner-ups receive a smaller share. All other participants receive a full refund. According to PoolTogether’s website, it currently offers $80,436 worth of weekly prizes across its v3 and v4 pools.

PoolTogether said the “allegations lack merit but a thorough defense is still needed” and pointed to an article from the Wall Street Journal in January, stating that the lawsuit seemingly appears “to be a deliberate effort to put some of the DeFi community’s core doctrines to the test.”

The NFTs depict a purple animated avatar called Pooly and come in three types of rarity and pricing, with the supporter tier consisting of 10,000 NFTs going for 0.1 ETH apiece, the lawyer tier of 1000 NFTs for 1 ETH per token and the judge tier of 10 NFTs in total going for 75 ETH a pop.

Prominent figures in the space such as general partner of Andreessen Horowitz Chris Dixon have also supported the cause by purchasing one of the 75 ETH judge NFTs.

Notably, the plaintiff also outlines a distaste for crypto as a whole, which may explain why the community has rallied behind PoolTogether. Kent is described as being “gravely concerned” that the crypto sector is “accelerating climate change and allowing people to evade financial regulations and scam consumers.”