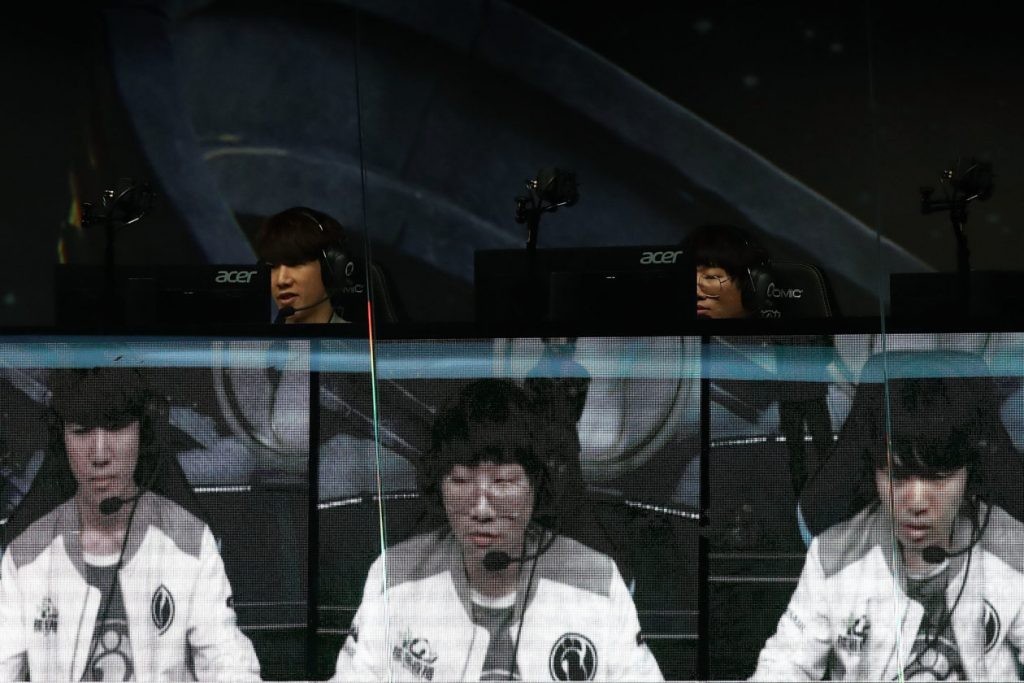 South Korea’s very own play-to-earn game MIR4, developed by WeMade, is steadily growing in popularity. Right now, it is ranked the eighth most popular on cloud-based gaming platform Steam, with more than 80,000 concurrent players.

Yet game lovers in MIR4’s home base cannot experience the game in its entirety. MIR4’s domestic version does not include play-to-earn elements that are available on the global server, due to a current ban in South Korea. The chairperson of Korea’s Game Rating and Administration Committee recently reinstated that the forbidding of NFT games will continue.

Kim Gyu-cheol, chairman of the committee, spoke last Saturday in a debate at G-Star, an annual video game trade show. He reiterated that video game laws have restrictions against gambling or speculation. “It is a misconception that the game committee blocks new technology such as blockchain and NFTs,” Kim said. “The game industry promotion act, unlike other laws promoting culture, is established to prevent speculation.”

Kim added that since the Game Rating and Administration Committee is a public institution that follows the existing law on gaming, it will not be granting age ratings to NFT games for release unless a change is made in the gaming law on speculation.

However, Kim added the committee will welcome blockchain-based games that do not include elements of cashable and tradable NFTs. “But then game developers won’t make use of the technology because it won’t make any money,” Kim said.

So why is the gaming law in South Korea so strict on preventing speculative behavior?

“The reason why Korea is so sensitive about speculative elements in games is because of the ‘Sea Story’ incident which happened about 15 years ago,” said Kim Jeong-tae, professor of game studies at Dongyang University in an interview with Forkast.News.

Born in 2004 as a slot machine-like video arcade game, Sea Story was allowed in South Korea, where gambling is very limited, under the circumstances that it would reward players with gift certificates, not cash. However, this led to the construction of cashing centers near the arcade where the winners would cash out their certificates. It was not illegal to convert the gift certificate to cash as long as it was outside the arcade. Consequently, local gangs became affiliated with the game rooms, and many lost their hard-earned money on Sea Story — several people took their own lives.

In the aftermath, the Korea Media Rating Board was deprived of its job rating for video games, and the Game Rating and Administration Committee was founded. Considering the circumstances of its foundation, it appears the game committee has its own reasons for restricting anything that may encourage speculation.

“But it’s already been 15 years since it happened,” said Kim, who asserts the game committee should loosen up to better promote the country’s gaming industry. “I think the gaming law should be partially amended to be more receptive towards [NFT] games. We call it the regulatory sandbox, which allows companies a [regulatory] grace period of two to three years, and the regulators apply a higher level of control to a problematic entity,” Kim suggested.

“At a time when the metaverse is becoming a global trend, I think it’s time to put our heads together to reach a social consensus so that play-to-earn game models can settle in a more sophisticated way.”

Subscribe to our newsletter
Get smarter with context and commentary on the week’s top blockchain & crypto trends in Asia.