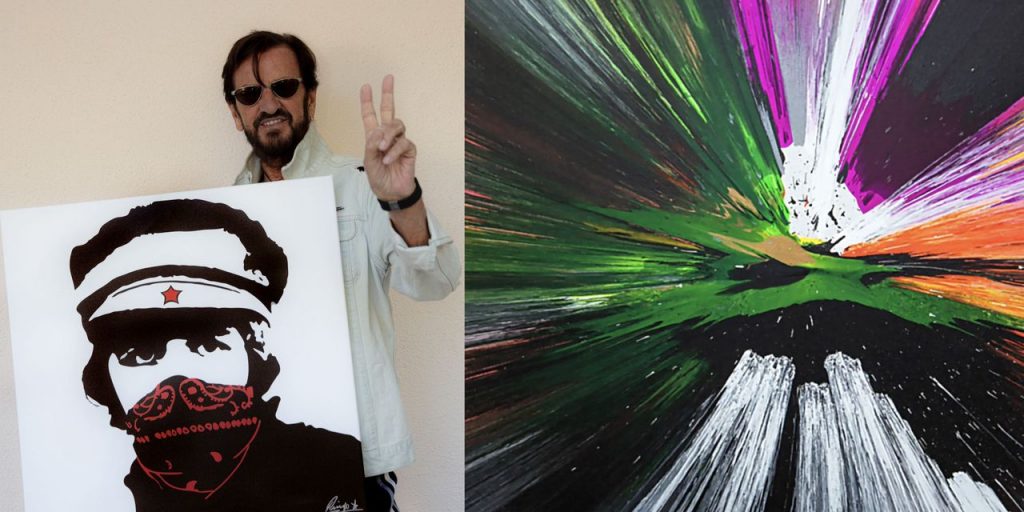 Ringo Starr is drumming up a venture in the metaverse.

The famed English musician is auctioning off his first art-based nonfungible tokens (NFTs) via Julien’s Auctions.

Each of the four original NFTs created by Starr features an animated painting with a custom-made drum composition recorded and played by the musician. Two of the NFTs have a galaxy theme with a splash of vibrant colors, and the other two are self portraits, depicting himself in the early Beatles era.

“I only ever wanted to be a drummer yet you never know where a new idea or path will lead you,” the 81-year-old Starr said in a news release. “This new technology is so far out it’s inspired me and I loved creating these NFTs combining my art and my music. Who’d have thought I would be spreading Peace and Love in the Metaverse.”

Each NFT is offered as one of four limited editions, and is accompanied with a canvas print signed by Starr.

The online auction is open now, with a starting bid of US$1,000 each, and will conclude on June 13. All of the winning bidders will be invited to join Starr in a virtual hangout after the auction, Julien’s said.

A portion of the proceeds will benefit Starr’s non-profit, The Lotus Foundation, which supports social welfare and health programs worldwide.

In addition to being one of the most famous drummers in rock history from his tenure with the Beatles in the ’60s, Starr also sang lead on some of the band’s most famous songs:Yellow Submarine, With a Little Help From My Friends, and Octopus’s Garden. He was inducted twice into the Rock and Roll Hall of Fame, as a Beatles member in 1988 and as a solo artist in 2015. He is scheduled to kick off a national tour with his All Starr Band on Friday after a two-year postponement due to the pandemic.

This isn’t the only NFT in the Beatle universe. Julian Lennon has turned Imagine, an iconic solo song by his father John Lennon, into an open-edition NFT.

The NFT is based on his first public performance of the beloved song during Global Citizen’s Stand Up for Ukraine Social Media Rally on April 8. The audio performance is accompanied with exclusive artwork and a personal narration by Lennon.

The NFT is offered at YellowHeart, a leading music NFT marketplace, for US$11 each, with proceeds benefiting Ukraine relief efforts.