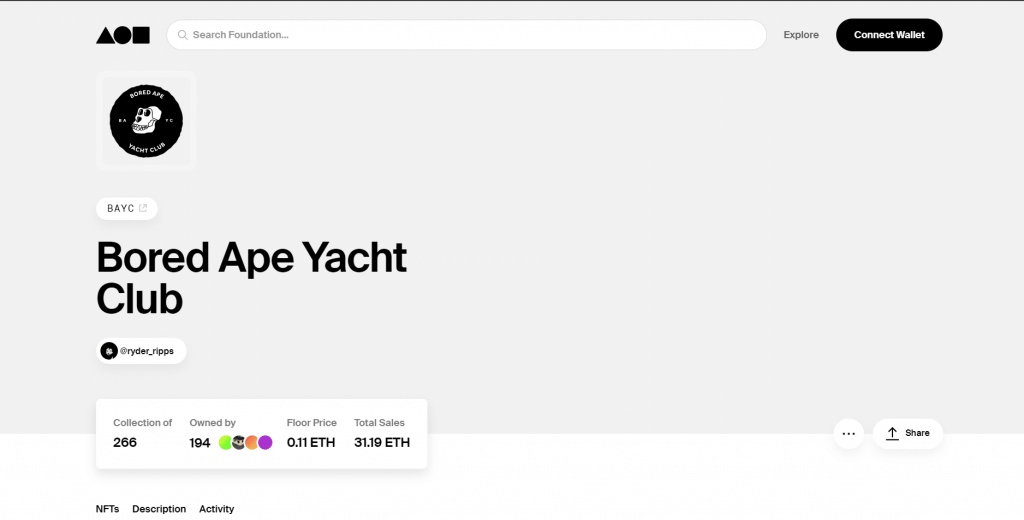 Ryder Ripps is at it again! Since December of last year, Ryder has been protesting his negative stance against the BAYC community. As no fan of the BAYC, Ripp’s latest move has caught the Web3 community by surprise. With a slight cheeky behavior, Ryder uses the power of conceptual art to put a new meaning to the right-click save era by minting BAYC NFTs under a different IP while using the same images for his protest against the BAYC project. The kicker? No one can stop him.

“It will be a ground breaking case in defining the nature of NFT, I seek to establish how you cant copy an NFT, every mint is a context shift, in my particular case this is an artistic statement on the nature of NFT, satire against Yuga Labs’ practice & protest against the content” – Ryder Ripps

Ripp’s new hexagon profile of his “transformative BAYC” showcases the many exploits in Twitter’s ridiculous NFT verifications system that most users find redundant. While Ryder rocks a BAYC that belongs to someone else, some wonder why they pay for Twitter’s services monthly. However, if you consider the events that transpired and the true meaning behind art…technically, Ryder has done nothing wrong. Though the guy paying 100 ETH for a digital Ape might feel different. Nevertheless, Ryder is in the clear, and his next move might be one to watch closely.

Despite the amount of slander thrown Ryder’s way, he stands firm with his actions, with those who mocked him now wondering if they should be on his side. Regardless of one’s opinion on Ryder’s past actions, this revelation of IP and NFTs might put Ryder Ripps on the path of NFT & conceptual art visionary.

I don’t think Ryder’s argument is about copyright rather that an NFT can’t be copied, the image attached to the token is irrelevant – because if that isn’t the case then the whole NFT “thing” collapses. So it’s definitely an interesting issue. [email protected]

Ryder Ripp’s latest BAYC protest against the project isn’t his first dealing with Yuga labs. On July 1st, 2021, Ryder received a DMCA from Yuga Labs regarding Cryptopunk #3100, which resulted in Ryder’s work being removed from the Foundation marketplace. However, less than three weeks later, Ryder won the case; thus Foundation reinstated Ryder’s work as Ryder minted a new way of thinking regarding IP and NFTs. In Ryder’s words, “It is impossible to “copy” an NFT.”