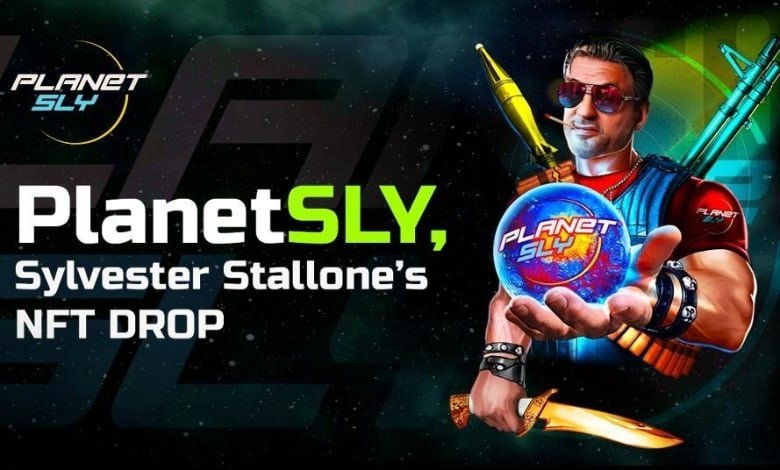 When Sylvester Stallone wanted to join the NFT marketplace he turned to someone who predicted the collectible’s rise before many of his peers.

Joel Comm snagged his first NFT, or non-fungible token, in 2017, making him one of the earliest investors in the digital collectibles. His “Bad Crypto” podcast covered the topic while many couldn’t even explain what an “NFT” was. And he created several delivery mechanisms and technologies to help NFTs spread far and wide.

It’s a one-stop shop for the actor’s fans to join Stallone’s foray into the digital marketplace.

SLYGuys are a limited-edition series of 9,997 NFTs celebrating the star of “Rocky,” “Rambo,” “The Suicide Squad” and many more films. Stallone, the collection’s curator, helped create the NFTs in question along with artist Clark Mitchell (Marvel, “Star Wars” and Hasbro).

Comm met Stallone in the actor’s Florida home, a space bedecked with art created by the star himself.

“He’s been painting his whole life … it’s a new side [of Stallone] for people to discover. He’s very expressive with color and canvas,” Comm says, adding the superstar seemed unaffected by decades of fame.

PlanetSLY brings Stallone, 75, into a cutting-edge technology, but that isn’t his prime interest.

“For him, it’s really important to connect with his fans … they love him,” Comm says, adding it’s a deeper bond than the typical star/fan attachment.

“He’s inspired so many people,” Comm says of Stallone, whose “Rocky” franchise epitomized the American dream for generations of fans.

These Stallone’s NFTs, dubbed SLYguys, aren’t open to everyone. To be eligible for an invitation-only pre-sale, one must share their “SLYLove” – posting messages on Twitter, Instagram or TikTok capturing their bond with the star.

Think artwork, videos, Stallone collectibles or even a heartfelt message sharing how the actor’s work impacted their lives.

The NFT marketplace, previously booming, has hit a rough patch in recent weeks along with crypto-currency. Inflation and interest rate hikes have hammered the market, while others suggest NFTs are going through an essential maturation.

Comm knows many will view any star’s entrance into the NFT market with skepticism. We’ve already seen NFTs from pop personalities as diverse as Paris Hilton, Snoop Dogg and deadmau5.

Madonna’s leap into the NFT landscape landed with a thud.

That skepticism can be warranted, Comm notes.

“There are a lot of celebrities out there doing cash grabs … people putting out NFTs because it’s the hot thing,” he says, adding he worked with Stallone to avoid that pitfall. “Not only is the [PlanetSLY] collection visually worthy of collecting, it has real-world value attached to them … they get something more than just a piece of art.”

“The NFT audience is looking for utility now,” he adds. “Some buy just for the art … others want to unlock IRL [In Real Life] experiences.” That includes a key-like function for Planet Sly members, unlocking a box featuring “whatever the creator wants to put into it.”

“It’s the ultimate loyalty card,” Comm says. “We’re just beginning to imagine the deliverables that creators can provide with NFTs.”

Comm’s list of digital accomplishments is considerable, from co-hosting one of the top cryptocurrency shows, “The Bad Crypto Podcast,” since 2017 to launching one of the web’s first bargain-shopping sites, DealOfDay.com in 1999.

More importantly, he minted more than a million NFTs of original intellectual property.

Surprises await PlanetSLY collectors, and the more NFTs are purchased, the deeper the rewards. Some customers can take part in live movie screenings with Stallone himself, hearing him comment in real time about the on-screen action.

Other perks for loyal, and frequent, customers include tickets to private Miami dinners hosted by Rocky Balboa.

“Stallone’s not gonna live forever,” Comm says. “What happens to the value of these once he’s gone? It’s a legacy he’s leaving behind, part of his catalogue of work.”