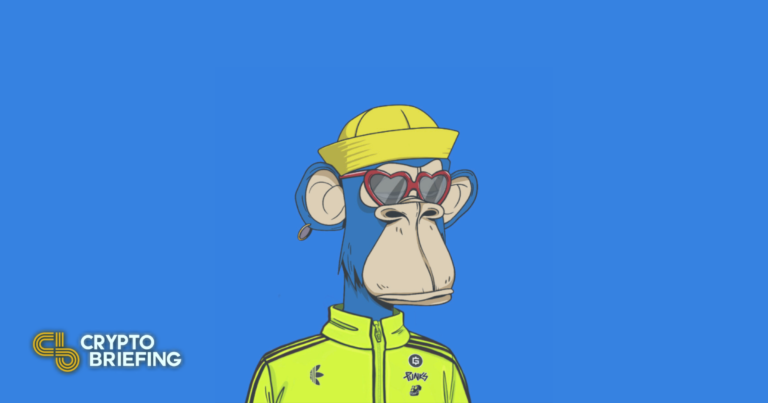 Adidas is the latest major firm to double down on the Metaverse hype, and it’s starting by joining the Bored Ape Yacht Club.

The Metaverse has a new entrant.

Days after announcing a partnership with Coinbase and purchase of a plot of virtual land in The Sandbox, Adidas has shared details of its forthcoming collaboration with Bored Ape Yacht Club, Punks Comic, and influential NFT collector gmoney.

News of the apparel brand’s pivot to Web3 first surfaced Sunday when Bored Ape Yacht Club, Punks Comic, and gmoney all posted teasers hinting at a partnership. Speculation over the brand’s entry into the space grew through the week, before a series of digital Adidas items were unveiled via MetaHero, an NFT project from the team behind Punks Comic.

Now, Adidas has confirmed further details of its plans. The firm took to Twitter to launch the partnership Thursday, announcing that it would be diving “Into The Metaverse with @BoredApeYC, @gmoneyNFT & @punkscomic.” Adidas also hosted a Twitter Spaces call with a group of employees, a representative from Bored Ape Yacht Club, and gmoney as speakers. During the call, a member of the team asked several speakers to share their thoughts on what the Metaverse means in one word. They also made reference to the tagline “Into The Metaverse,” which Adidas has adopted as a Twitter hashtag, and invited listeners to engage with their social posts and post reaction emojis in the call.

In a follow-up tweet, Adidas wrote that it was time to “enter a world of limitless possibilities” and shared a link to a dedicated Metaverse-themed landing page on its website. While details on the landing page are scarce, a note reads “adidas Originals voyages Into the Metaverse, led by NFT pioneers gmoney, the Bored Ape Yacht Club and PUNKS Comic. Let’s go.” The page also features a QR code linking to CONFIRMED, the brand’s app for gaining early access to limited drops. There’s also a sign-up bar to join the Adidas mailing list.

Interestingly, the firm also revealed that it had purchased a Bored Ape, and it’s now using the character as its Twitter avatar. Though the rest of the firm’s plans for the Metaverse are still unclear, the latest updates suggest that it has clear intentions to double down on the Web3 movement. One employee on the call discussed the “opportunity” that the Metaverse could bring, while another revealed that its plans had been in the works for five months.

Of course, Adidas isn’t the first major company to hurry to join the Metaverse in recent weeks. In October, Mark Zuckerberg announced that Facebook would be rebranding to Meta, prompting a Metaverse frenzy across the cryptocurrency industry. KuCoin announced a $100 million Metaverse fund, while Solana Ventures, Lightspeed Venture Partners, and FTX also committed a nine-figure sum to a Web3 gaming fund. Games like Decentraland and The Sandbox also outperformed almost the entire market throughout November. Grayscale, meanwhile, published a report putting a $1 trillion target on the value of the Metaverse last week.

Bored Ape Yacht Club has benefited from the growing interest in the Metaverse, NFTs, and Web3. The value of Bored Ape NFTs has soared since the project launched in April, with the cheapest currently going for around $200,000 in Ethereum on the secondary market. Several celebrities including Jimmy Fallon, Steph Curry, and DJ Khaled have all joined the Bored Ape Yacht Club by purchasing apes of their own. Like Adidas, they’ve all used their Twitter avatars to show their NFT purchases off to their followers.

As major firms and capital continue to flood into the space, it seems that the Metaverse hype is showing no sign of dwindling—at least while the market is still hot.

Mark Zuckerberg has announced that Facebook will change its company name to Meta, though the company’s signature social media platform will retain the name Facebook. The company’s shares are set…

Is it possible to build a DeFi protocol that counters crypto’s inherent volatility while also letting holders enjoy the upshot of their assets? Bumper Finance is a DeFi price-protection protocol that aims…

Footwear and clothing company Adidas has announced two new crypto endeavors with Coinbase and The Sandbox. Adidas Announces Two Crypto Efforts On Wednesday, Adidas stated that it is partnering with…