The Top 5 NFT TV Shows You Should See This Year – NFTevening.com 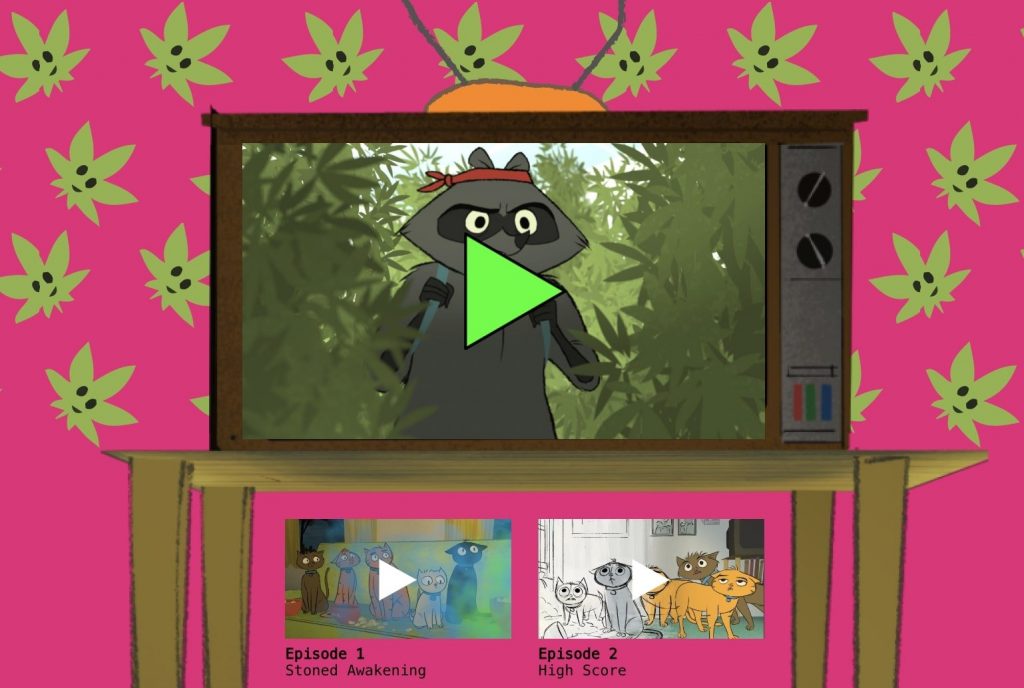 While relatively at a nascent stage, NFT TV shows are steadily picking up steam. In fact, big names like Mila Kunis and Fox entertainment have already hopped on the bandwagon. Today, from Stoner Cats to The Glue Factory, there are plenty of options to choose from as well. So let’s dive right in: What are NFT TV shows and what are the top five shows you can watch?

What are NFT TV Shows?

In a nutshell, NFT TV shows represent a new model for watching television shows. Essentially, these bring together entertainment and NFTs under a single roof. In a typical NFT TV series, users will have to buy NFTs to access the content.

In some cases, based on the tier of the NFT, the holders will get added benefits. This includes physical collectibles, access to giveaways, merch, and voting rights, to name a few. Some shows, like The Glue Factory, for instance, even have holders involved in the show’s writing.

All things considered, unlike your usual TV shows, NFT TV shows may not exactly be accessible to everyone. However, this is also a means for creators to have full creative control.

As Stoner Cats explained last year, “we believe that storytellers deserve an outlet where they can be valued and supported without having to bow to the machine of big media.”

Now that we have covered the basics, let’s take a closer look at the top five NFT TV shows, in no particular order:

An adult animated series produced by actress Mila Kunis, Stoner Cats is one of the first NFT TV shows to hit the market. As the title suggests, the show follows the story of “cats who get high”. Hollywood A-listers such as Jane Fonda, Chris Rock, Ashton Kutcher, and Ethereum co-founder Vitalik Buterin are also part of the cast.

Indeed, the exclusive episodes of the show are accessible only to holders of Stoner Cat NFTs. The show dropped 10,00 Stoner Cat NFTs back in July 2021. These feature digital artwork of various characters from the show and cost 0.35 ETH per NFT. The collection sold out within 35 minutes, raising $8 million to help fund the next episodes.

Every time a new episode is released, NFT holders can connect their crypto wallet to the Stoner Cats website. Then, they can watch the content under the “Episodes” page.

The Glue Factory Show is an animated comedy series about horses rescued from humans who mistreated them and are now living in a world where horses make all the rules. The pilot episode of season 1 of the show premiered in March 2022.

The show dropped 10,000 NFTs in August 2021, which quickly sold out. Of the $3 million the project raised, it donated $315,000 to Red Bucket, an equine rescue organisation in Southern California. What’s more, Glue Factory has set up a  Community Writers’ Room on their Discord server to drop writing assignments to members and develop the show through their ideas.

Lauren Korotkov, co-founder of the Glue Factory project told us in a recent interview:

“[Colton Dunn] likened it best in terms of a reverse Comic-Con. We’re starting from a collectible. We’re generating community, and then we’re bringing the community in on the show creation process.”

Deadheads is a collection of 10,000 3D NFT characters with their own animated series. Here too, the NFT holders will play a key role in guiding the NFT TV show’s vision. Essentially, community members can vote on major plot points. Ultimately, the project’s aim is to be the “first bottom-up funded production house” and “extend into traditional media platforms such as Netflix or Amazon”.

An innovative feature of the project is the Green Room. After each episode is released, Deadheads opens up the “Green Room” with limited edition items that viewers can collect. Some of these assets might even have an important role in future episodes!

While the show is accessible to the public, Deadhead holders will get some exclusive perks.

A new kid on the block, The Gimmicks is an animated, adult workplace comedy backed by Mila Kunis’ Sixth Wall production company. The NFT TV show follows the story of “three washed-up wrestlers from the regional Wrestling Wrestling Wrestling League”. The first season of the show will feature animated shorts which will release every Friday.

Furthermore, NFT holders get to choose their own “adventure”. This way, they can decide on the show’s plot when each episode ends.

First announced in September 2021, Krapopolis is an animated show scheduled to premiere on Fox this year. It is created by Dan Harmon, who is behind much-loved shoes like Community and Rick & Morty. What’s more, the voice cast includes Hannah Waddingham, Richard Ayoade, Matt Berry, Pam Murphy, and Duncan Trussell.

In terms of the story, Krapopolis focuses on a flawed family of humans, gods, and monsters. In addition, it is touted as the first animated series built completely on the blockchain. That said, Fox will also launch Krapopolis-themed NFTs to give fans exclusive perks.

NFT TV shows sure are an attractive perk to fans and community members. However, there are some obvious problems with these. Take for example the recent, unfortunate case of Seth Green. The actor, director, and Web3 enthusiast was working on an NFT show, titled White Horse Tavern, featuring Bored Ape #8398 as the lead character. However, the Bored Ape in question was stolen in a phishing scam, leading Green to drop the show.

While NFT TV shows are becoming popular, some questions remain: Is this the future of distribution models? Are people willing to pay hundreds of dollars for a TV show? What happens when the NFTs are lost? While we don’t yet have answers to these questions, we do know this—people have spent far more on NFTs that offered far too little. For the rest, well, only time will tell.