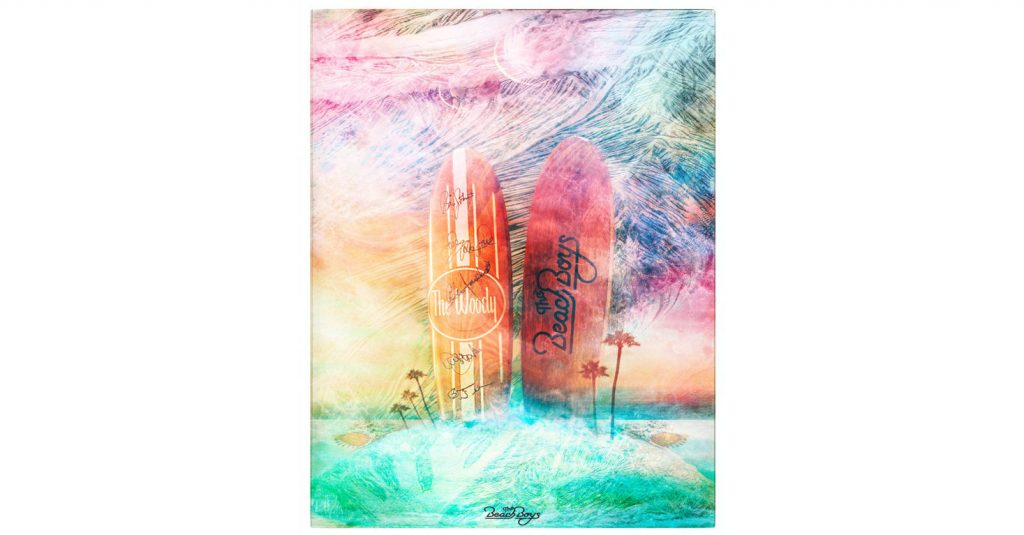 The NFT titled “Wish” is a multi-layered one-off original consisting of artwork, an advance copy of an unreleased original song, and an unlocking cascade of physical objects and experiences. A portion of the net proceeds will benefit the MusiCares®, the charitable partner of the Recording Academy.

This NFT unlocks an attractive, autographed skateboard signed by all five living Beach Boys cofounders- Brian Wilson, Mike Love, Al Jardine, Bruce Johnstone, and David Marks. The piece was signed in 2012 during the Beach Boys’ 50th anniversary tour. The collector will also get a cascade of unlocking Easter eggs including a one-on-one call with Al Jardine, as well as 2 VIP tickets to a future concert at a date and location of your choice. (Subject to reasonable and mutually agreed upon schedules and Covid safety measures.)

The Beach Boys, originally from Hawthorne, California formed in the early 1960s and quickly became one of the cornerstones shaping the sound of rock and roll. Their “Pet Sounds” masterpiece is credited with inspiring The Beatles to record “Sgt Pepper.” Sir Paul McCartney is quoted as saying “God Only Knows” is his favorite song which he didn’t compose himself. Since their humble first appearances, the Beach Boys have been referred to as “America’s Band.”

MusiCares is a safety net supporting the health and welfare of the music community. This NFT will help fund MusiCares programs providing support to music people across the US because its creators feel that music gives so much to the world.

Dvoskin says, “Here is my wish. It’s a prayer for a new awakening. Where we recognize all people as our brothers and sisters. Where we see how much we share in common, not our differences. Where we lay down our swords and turn them into ploughshares.”