This Powerful Right-Click Artwork Is Made of 10,000 NFTs – VICE 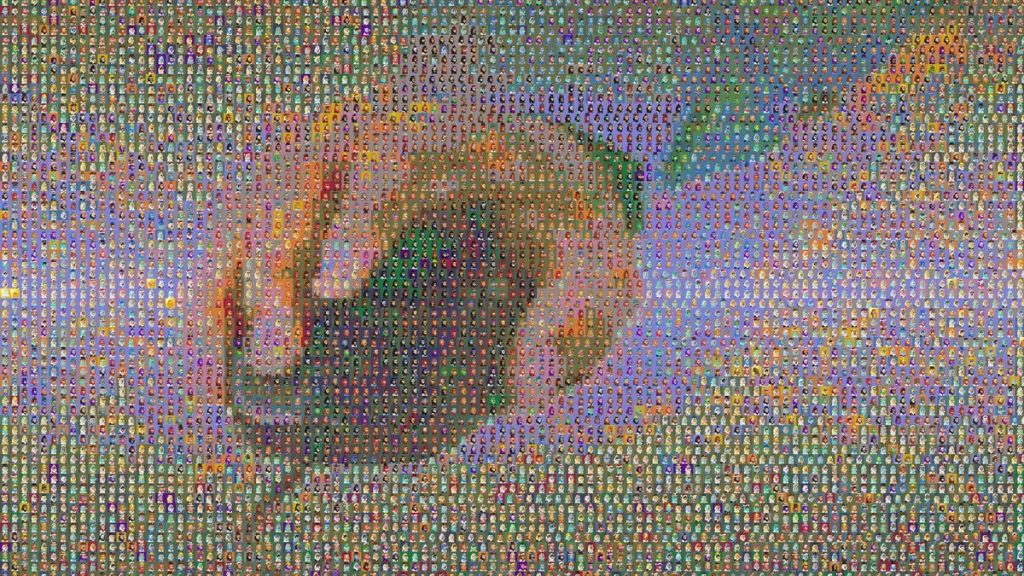 In the latest shot fired in the culture war over blockchain collectibles, Twitter personality nicodotgay elevated right-clicker mentality into high art. “I downloaded all 10,000 of those ugly lazy lions nfts and turned them into a mosaic of a person right-clicking,” they said on Twitter.

The right-click has become a potent symbol among NFT critics, as it signals a negation of the basis of NFTs, which is that an entry on a digital ledger means you can “own” a JPEG even metaphorically. NFT investors have coped with this trolling by dubbing “right-clicker mentality” as being the mindset of someone who doesn’t get that their ledger entry is still worth potentially millions of dollars, so click away.

As you might’ve guessed in these conditions, the Lazy Lions collage has been retweeted more than 32,000 times as of this writing. And some NFT people are, predictably, not taking it well. “Enjoy,” Lazy Lion enjoyer sirwilliam.eth posted above an emoji of a middle finger and his lion JPEGs.

Some replies from Lazy Lions holders followed the same pattern of swearing they weren’t mad, and even thanked nicodotgay. “Love it!” Pirate Pete said. “Thank you for this fantastic fan art and helping us spread the world about our great #LazyLions community!”

Others were just… well, mad. “just came back from the Louvre, took a picture of the Mona Lisa on my phone and saved it. I am now the proud official owner of the real one and can sell it for millions!!! thats how it works right??” wrote one user who describes themselves as an NFT investor in their Twitter bio.

The overwhelming majority of responses were people dunking on NFTs and praising nicodotgay for the art. Later, nicodotgay tweeted out a long thread detailing their thoughts and opposition to NFTs.

“My beef with NFTs isn’t for ecological reasons,” they said. “Those can change and many recent corporate merchandise NFTs are already on ‘green’ platforms. The real issue is that they represent an attempt to re-impose artificial scarcity on culture.”

nicodotgay cuts to the heart of the culture war around NFTs. “I think digital scarcity gives us broader insight into the ways in which class interests preserve themselves as conditions change,” they told Motherboard in a Twitter DM. “People in tech, particularly in the Elon Musk bubble, seem to have the impression that technological hypotheticals, such as asteroid mining or mars colonization, would inherently bring broad human prosperity, but NFTs show that as scarcity is alleviated, capital finds ways to create new forms of it, if it’s necessary to preserve the existence of class differences.”

Chat service Discord felt the burn of this burgeoning culture war earlier this week after its CEO tweeted a post teasing integration between Discord and Ethereum. Users began cancelling their service en masse and the CEO backpedalled. “We have no current plans to ship this internal concept,” he tweeted. “For now we’re focused on protecting users from spam, scams and fraud.”