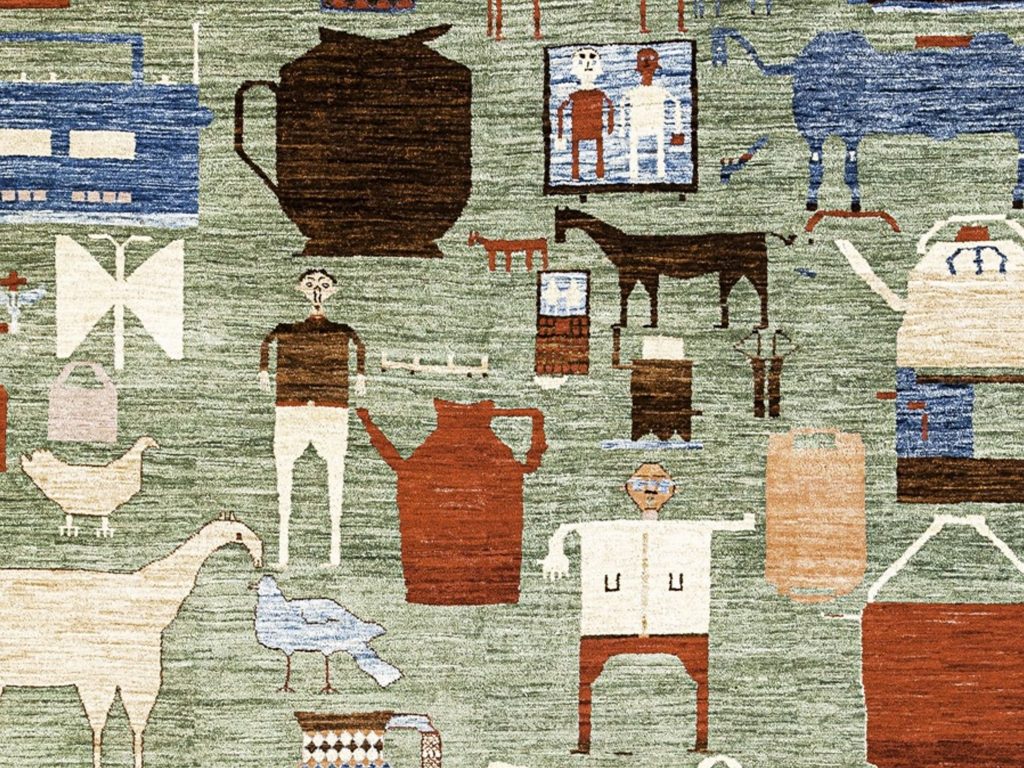 The Pontifex Carpet is being turned into an NFT (non-fungible token) that will be unveiled at Abu Dhabi Art.

The gift was originally given by Sheikh Mohamed bin Zayed, Crown Prince of Abu Dhabi and Deputy Supreme Commander of the Armed Forces, to Pope Francis on a visit to the Vatican in September 2016, when the two leaders met to discuss interreligious harmony and strengthening diplomatic ties.

The carpet, which was woven by Afghan women, was from the Tolerance range by Zuleya, one of the retail arms of the Fatima Bint Mohamed bin Zayed Initiative, which sells handicrafts made in Afghanistan. This particular line of products was designed to replace the Afghan war rugs as a symbol of peace and harmony.

Zuleya has now partnered with the UAE’s MORROW collective to turn it into an artwork that will be displayed in an ornate gold frame on a 165-centimetre digital canvas, to be unveiled on Monday ahead of Abu Dhabi Art, which begins on Wednesday.

The NFT will be available to buy for $150,000 and 80 per cent of the proceeds will go towards the Afghan weavers and their families.

The only physical version of the carpet, which measures 272 centimetres by 183cm, is with Pope Francis.

Zuleya created the digital artwork from the original design, and a replica measuring 185cm by 125cm will also be made and gifted to whoever buys the NFT. It will be the only replica that exists.

“The process of turning one of our most iconic carpets into an NFT is a crucial step forward for our initiative,” says Maywand Jabarkhyl, chief executive of Fatima Bint Mohamed Bin Zayed Initiative. “Not only does it give us the chance to bring our designs to a global audience but it opens up a new stream of revenue, which will be invaluable to our artisans in Afghanistan, particularly in light of the latest crisis.

“With the harsh winter months fast approaching, the funds raised will go towards providing core relief items to those most vulnerable in Afghanistan.”

Anna Seaman, a curator at MORROW collective, said: “One of our core values is social responsibility, because we understand the impact that blockchain technology can bring to creative people.

“We have transformed beautiful designs into dynamic and engaging NFTs as well as immortalised a piece of history with the Pontifex Carpet.”