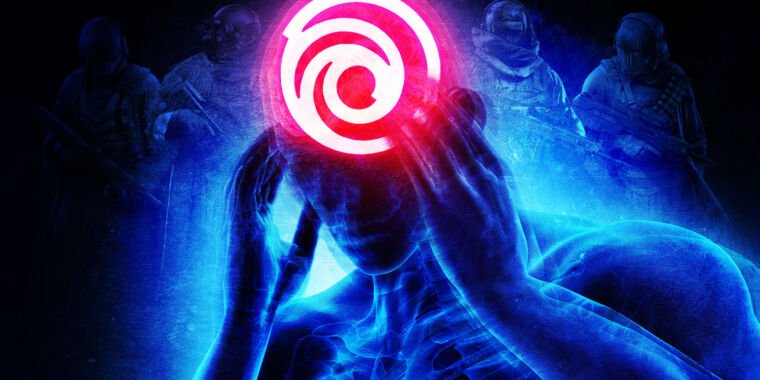 Ubisoft became the first big-name game publisher to jump on the non-fungible token bandwagon Tuesday. After teasing its interest in the space last month, the company is officially rolling out Quartz, a system of in-game cosmetic items powered by a new kind of NFT, called “Digits.”

By using a decentralized NFT blockchain, Ubisoft promises its Quartz system will “grant players more control than ever” and “more autonomy and agency” in order to “genuinely make players stakeholders of our games.” But as currently described, Ubisoft’s Quartz system seems like an overcomplicated repackaging of a run-of-the-mill system of DLC cosmetics—but now with extra buzzwords and artificial scarcity layered on top.

And despite all the bold talk of “decentralization,” the Quartz system is still so deeply controlled by Ubisoft that we wonder whether a simple internal database managed directly by the company would be a better fit.

Quartz—which rolls out later this month—is simply a system that provides access to cosmetic items for a single game, Ghost Recon Breakpoint. The first three such cosmetics—representing a specific gun, a face mask, and “enhanced pants” in the game—will be available for free on three days in the coming weeks.

Unlike traditional DLC, where supply is unlimited and every purchased copy is identical, Ubisoft stresses three ways in which Quartz cosmetics are unique:

So in practice, your “Wolf Enhanced Helmet A” will look and function a lot like mine. But if you look closely, you’ll see a different number etched into the virtual forehead of that helmet. And if you dig into the NFT’s metadata, you’ll be able to see who used to own that particular copy of the helmet.

Ubisoft seems to foresee a chase-the-collectible metagame forming around these minor differences. “Owning a Digit will make you an actual part of its history,” the company says in its FAQ. Elsewhere, Ubisoft encourages players to “be the first owner of a particular Digit or chase the one of your favorite streamer.”

OK, sure. Maybe some people will get really excited about “owning” the only digital pair of Wolf Enhanced Pants numbered “69420” and once owned by Ninja. We can’t say that we’re excited about it, but there may be some market for such a thing.

But marketing rare or unique in-game items—and letting players resell them—isn’t a new thing. Ubisoft doesn’t need NFTs or “the blockchain” to enable this kind of artificially scarce digital collectible; a basic centrally controlled database could do the same thing much more simply.

Anyone who has sold a special-edition ship in Eve Online‘s strictly regulated economy knows how this can work. The same goes for anyone who bought and sold Artifact cards on the Steam marketplace or those who remember the ill-fated Diablo III real-money auction house.

All these examples and more predated the widespread adoption of NFTs and didn’t need the technology for any of the features Ubisoft is touting here.