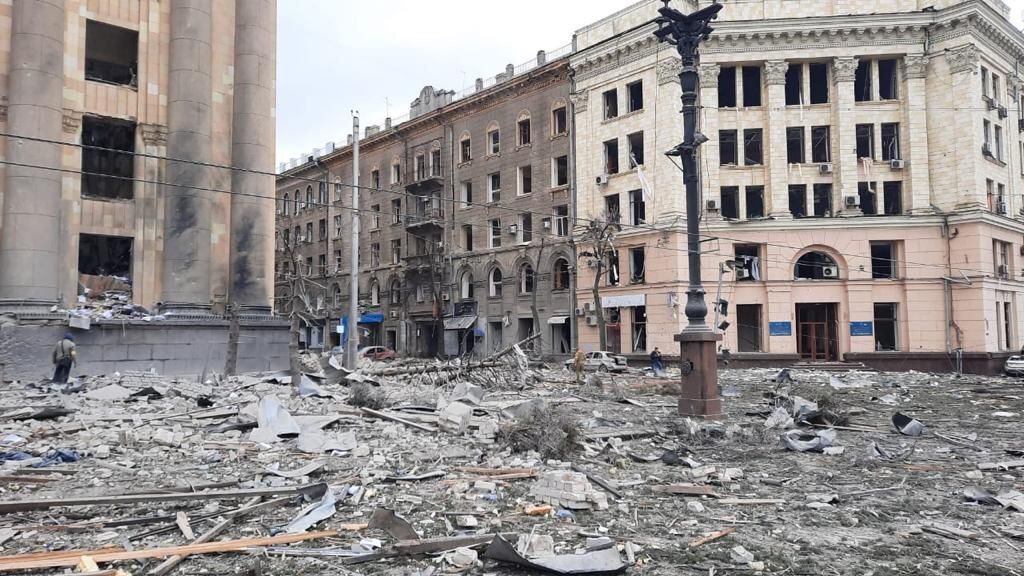 In an attempt to further bolster its fundraising campaign, Ukraine is opening up more crypto options for global donors – and has also intrigued the crypto community by mentioning an airdrop. Furthermore, a digital platform has launched a non-fungible token (NFT) collection with the goal of raising USD 430,302,531.

Ukraine is not slowing down and is opening up as many doors for funding its defense efforts against Russia as it can. They’ve just announced that they will be accepting more cryptoassets “soon” for donations to the country, its armed forces, and its people.

As reported yesterday, Gavin Wood, creator of Polkadot, announced that he would donate USD 5m worth of crypto to the country if they posted an address in the blockchain’s native token DOT. And the country did.

“The people of Ukraine are grateful for the support and donations from the global crypto community as we protect our freedom,” Ukraine’s official Twitter account said today. “We are now accepting Polkadot donations too.”

So far, the Polkadot address shared by Ukraine has received over DOT 10,244 (USD 192,513) in donations, according to Polkadot explorer Subscan.

However, Ukraine’s official Twitter account has also intrigued the crypto community with a mysterious statement – they shared that an “airdrop has not been confirmed yet.”

The response seems to be aimed at users who have been speculating that those who donate to official addresses might get qualified for some kind of an airdrop.

It is, however, unclear what is meant by “airdrop” or what it may entail exactly. That said, many Cryptoverse residents seem to be excited by the prospect.

“Making history here if it does end up happening, the first creation of digitally native national value.”

Well-known Ethereum (ETH) educator Anthony Sassano opined that it is a “good way to get more people to donate.”

And others were just “big confused.”

Meanwhile, Ikonia, a Kyiv and Gothenburg-based incubator and NFT platform has launched a new collection of 43,302,531 NFTs – one for every Ukrainian citizen – to raise funds for three Ukrainian charities.

Dubbed ‘Stand with Ukraine,’ each of the NFTs is meant to represent a Ukrainian national, according to a press release shared with Cryptonews.com.

The NFTs will be on sale for USD 10 each and can be purchased using a credit or debit card.

Patrik Arnesson, co-founder and CEO of Ikonia, was quoted saying that:

”The scale of the invasion has taken us all by surprise and, as we speak, the liberty, history, and soul of Ukraine is under threat. We cannot sit idly by; we must provide support.”

The NFTs were designed in collaboration with Felipe Posada, a New York-based artist and creative director, according to his LinkedIn profile.

Notably, the buyer would have the option to choose one of the three Ikonia-vetted Ukrainian charities, which include Return Alive, Everybody Can, and Ukraine Humanitarian Fund.

“We are calling on the global NFT community and NFT projects – the likes of Bored Apes, Cryptopunks, Doodles, and others – to join hands and pledge to donate proceeds to this beautiful country in its darkest hour. Together, we can stand up to aggression,” Arnesson added.

As per the latest data by the research firm Elliptic, the Ukrainian government and organizations providing support to the military have cumulatively raised USD 24.6m through more than 26,000 transactions so far.