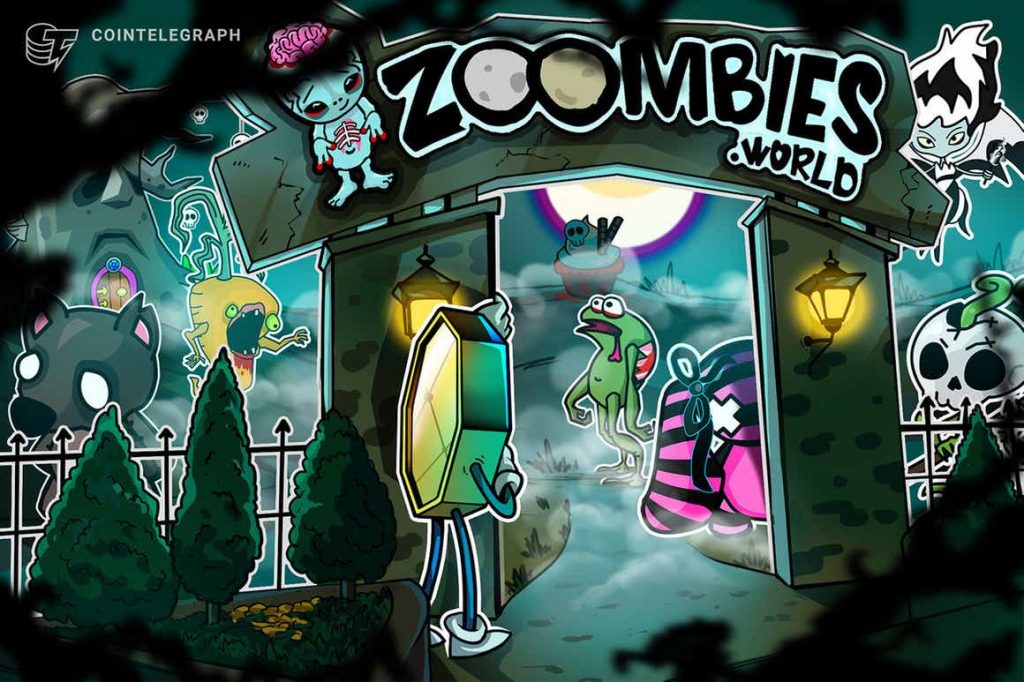 Today’s population has grown up largely as digital citizens, enjoying the amazement that comes with computer entertainment from a young age. For children, this might be online games, whereas for teens, it was virtual social interactions, and for adults, a combination of work and entertainment. However, time and time again, social interactions have proven to be the most successful form of online entertainment, taking gaming to new and more authentic experiences.

Consequently, the line between real and virtual has become blurred, a reality further accelerated by tokenization. With tokenization and the resulting nonfungible tokens (NFTs), data and other assets people value in the real world take on a digital form and can be viewed or used virtually. For this reason, one-of-a-kind assets gain a greater value, and digital worlds become more enticing.

Cardinal Entertainment has made it their mission to bring players the beginnings of an infinite universe of zombie NFTs called Zoombies. Zoombies can be collected as valuable assets like a standard NFT but hold the additional ability to interact with what can only be described as a “Disneyworld of NFTs for adults.” Since launching, the Zoombies NFT and ZOOM token have proven their success, being ranked as the top 2 tokens on Moonriver, a position they have maintained since their launch in September.

In contrast to current gameplay opportunities, Zoombies NFTs continue to gain utility as they interact in micro experiences, each representing different areas of gameplay known as “service centers.” Together, holding Zoombies NFTs and the ZOOM token provides participants with the opportunity to participate in truly immersive social and economic gameplay.

The future of social and economic gameplay

To revolutionize the future of gameplay, Zoombies operates as an ERC-721 NFT collectible card game on the Moonriver blockchain. The Moonbeam foundation, a partner for the Zoombies project, is a promising development in the blockchain space and has recently developed a compatible Ethereum Virtual Machine (EVM) blockchain that runs on Kusama. Users can compare the scenario to if Bitcoin (BTC) were the bank and Ethereum (ETH) was the Walmart, Kusama (Polkadot) was the shopping mall, which would share its infrastructure for the underlying stores.

The Zoombies service centers act as the foundation for the Zoom economy. In this true economy, players will face real costs and a great potential for earnings while they participate in entertaining gameplay. As users engage with different service centers, they will be faced with different rules or interfaces, a possibility due to the launch of Zoombies NFTs on Kusama Moonriver on Sept. 1, 2021.

Presently, the minting application is live, acting as step one in a series of future developments. Users can mint limited edition NFTs and burn ZOOM tokens in a wager-like system by entering the shop. The project team has since shared plans to make it possible to relay the tokens across multiple chains, including Polygon (MATIC), Avalanche (AVAX) and Binance Smart Chain (BSC), to create a superset gameplay collection with cross-chain economics.

On the development side, Cardinal Entertainment has announced that the Zoombies NFT Market and Zoombies NFT Garden land plots will launch in Q4 2021. The former is a customized NFT auction tailored specifically for the ZOOM economy. The latter is based on Cardinal Entertainment’s Zombie Pets virtual pet game and aims to take Zoombie plants through their animated stage life cycles with a real-time clock that allows players to earn in-game resources.

Other developments on the horizon for 2022 include a Zoombies battle arena and services for managing collections and trading.

Creating an infinite universe comes down to the subsystems and super-subsystems built on this foundation, bringing together the limitless power of multiple minds working towards a common goal. Without built-in royalties, studios can easily develop a tool or game and earn a profit, making the arrangement mutually beneficial.

When considering their progress towards this goal so far, a member from their team shares,

“Since development on Zoombies began in 2017, our goal has been to build an infinite universe of collectible NFTs that continue to deepen in value to their holders over time through the building of an NFT service layer for autonomous on-chain data consumption.”

As a result, the team invites new ideas for service centers and provides additional support to strategic partners to bring these concepts to life.