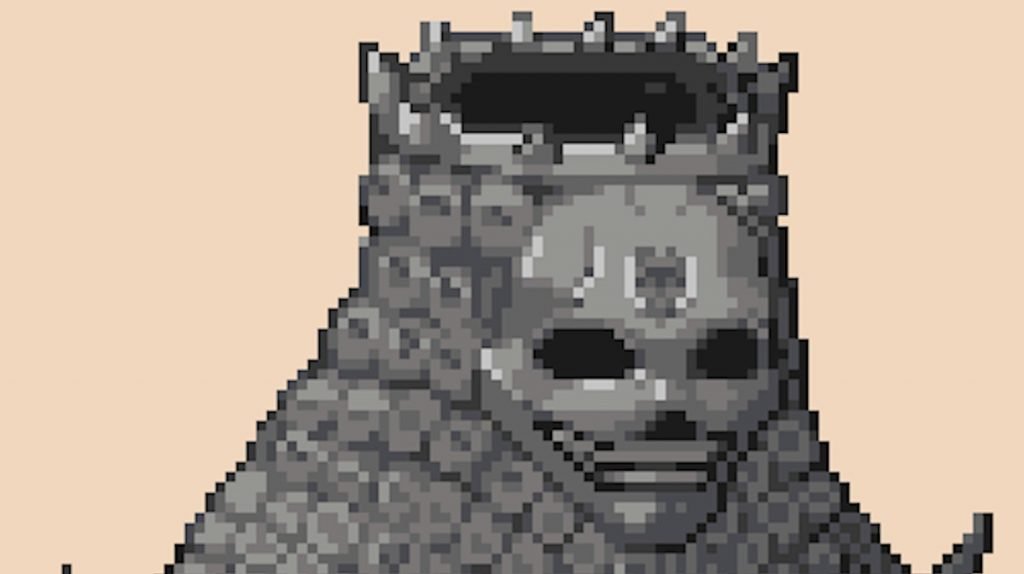 In the midst of the ongoing crypto downturn, increasingly strange and self-contained NFT ecosystems that are proud about having no utility have skyrocketed in popularity. There’s been Goblintown (whose holders roleplayed as piss-loving goblins), i’ll poop it (NFTs of fetid turds), its linked project Shit Beast (NFTs of creatures covered in shit), and now there’s We Are All Going to Die, which surpassed Bored Ape Yacht Club to become the most popular NFT collection on OpenSea on Tuesday.

We Are All Going to Die is a collection of 6,666 NFTs that feature pixelated solemn humanoids clad in medieval fantasy gear ranging from magical death masks to swords, robes, wings, crossbows, chainmail, plate armor, crowns, and metal helms. Launched on June 3, there are 3,100 owners of the collection which has already seen a trade volume of 9,000 ETH ($16,200,000) with a minimum price sitting around 1.76 ETH ($3,168).

As of Wednesday morning, We Are All Going to Die was still the top Ethereum-based NFT project on OpenSea, beat out for the #1 spot by the Solana-based Just Ape project, which advertises going “back to basics.” In fact, nearly all of the top NFTs on OpenSea are currently trollish collections that advertise having no utility besides JPEGs, with Bored Ape Yacht Club and its affiliated collections coming in at #9, 10, and 11.

Even if We Are All Going to Die is proudly barebones, a world of lore has sprung from it. Visiting the project’s Twitter brings us a cryptic lore video that suggests these NFTs are the start of an ecosystem. To kick off the entire project and the lore, its creator burned a Mutant Ape Yacht Club NFT worth 0.15 ETH ($270).

“The Light of Her has emerged by consuming the power of a creature from beyond. The primate’s rights are now spread across the ether. And so, the church gates have opened,” a disembodied voice narrates in the video. “Her Light has illuminated the world, and her followers celebrate, but this is only a stage in the cycle. Her gifts have no reason, nor logic—only fools seek her blessing. And do not forget, the cycle this time will eventually pass, and the next cycle will begin.”

The video goes on to talk about the Nameless Sperent, corruption, a cycle of evolution for the “troubled souls of this world,” and a promise that death is the only constant. “Find covenant, lost soul. But remember there is only one constant: We are all going to die.” Freezing the video near the end captures stills of NFT art that could come in an airdrop, suggesting there will be more faux-Soulsborne lore videos to glean hints of the next steps from.

In the meantime, owners have taken to roleplaying as their NFTs and fleshing out the lore of this world.

“HATED BY THE FATE OF IMPENDING DOOM, RECENTLY CROWNED KING ALTERPATH OF THE AZURE SKY SEEKS A FORLORN REVENGE AGAINST THE SERPENTINE FIGURINE THREATENING THE FUTURE OF HIS PEOPLE,” reads one tweet featuring a woman clad in golden armor and a crown adorned with seven golden fingers. “HE WEARS HIS FATHER’S HONOR AND MOTHER’S GLORY IN WAR.”

The roleplaying doesn’t end there. There’s a codex documenting various NFTs, a fandom wiki for the collection’s lore has sprung up, and an unofficial Discord as well. You can read about the Great Bald Bonfire, which refers to lore surrounding why some of the NFTs are skeletons that have had their flesh melted off. You can learn about the Creation Myth in incredibly hard to read red gothic text.

On some level, this sort of development makes sense. Previous iterations of NFTs have been notoriously useless, with their sole utility centering around exclusive social clubs. The creation of an extended universe where individuals can roleplay as their JPEG, as well as acquire more NFTs to change their attributes or worth, is also not entirely novel—this is reminiscent of core mechanics in play-to-earn NFT games like Axie Infinity.

What is new, however, is that they’re embracing this insular ecosystem model even more than before, doing away with the complex roadmaps and “metaverse” promises that have characterized the earlier wave of NFTs, and just minting JPEGs, often for free.

There’s no point to much of anything after the crash, it seems. Instead of “we’re all going to make it” the new mantra seems to be “we are all going to die,” so why not roleplay as a piss-goblin or a skeleton in chainmail?