What Is the Robotos NFT? Characters Will Come to Children’s Television – Market Realist 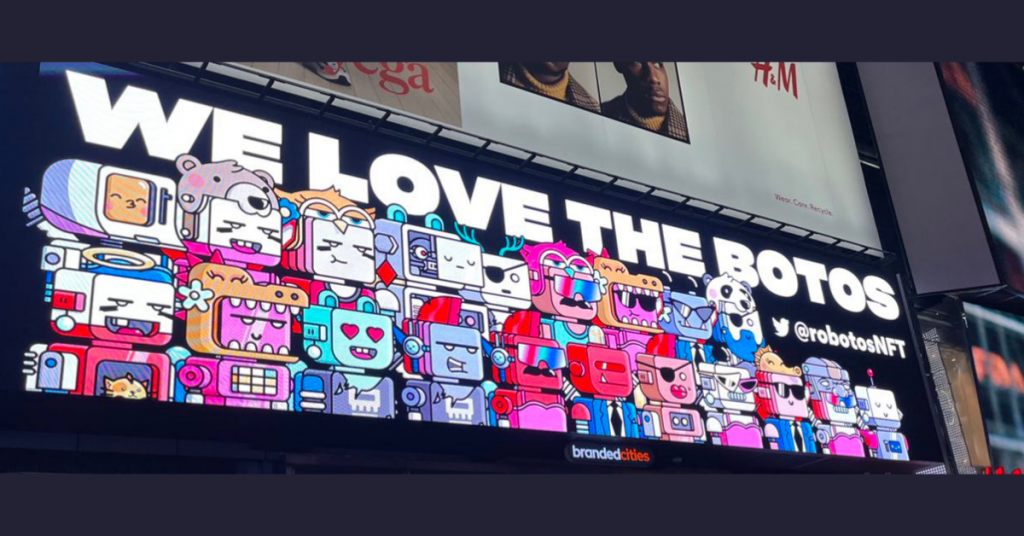 Capturing many peoples’ attention, Robotos NFTs are “algorithmically generated droid characters” whose colorful and playful animations come to life thanks to artist Pablo Stanley. With murals of Robotos coloring the walls of Mexico City and a strongly engaged community, TIME Studios, the film and production division of the nearly century-old magazine, has decided to partner with the collection for a children’s television show.

Also known as “Botos,” short for Robotos, these colorful cartoon droid characters have been a hit with the NFT crypto community. According to OpenSea, the lighthearted but edgy NFT collection has amassed a 24-hour volume of nearly 18 ETH, which at Ethereum’s current price totals to an estimated $75,632.10.

Why did TIME Studios partner with the Robotos NFT?

Visually, Robotos are playful and rather compelling since the details and animation are very dynamic. Ranging in rarity from common to super rare, the Robotos NFT collection’s rarity properties vary depending on their species. With 170 combined unique traits also ranging in rarity, the Robotos collection shows a wide variety of inviting art. Stanley is known to reward the community of Robotos holders with his original works of art.

According to an article in TIME, TIME Studios seems to be gearing itself up for the memetic nature of Web 3.0 and NFTs by tapping into another market audience and opening up exposure to its current audience. With its family-friendly environment and a name reminiscent of Styx, “Mr. Roboto,” the community and droids themselves seem to appeal to all ages.

The head of Kids & Family at TIME Studios, Maria Perez, said, “This partnership will allow TIME Studios to bring those characters to life while creating fun and age-appropriate content for kids and their families.” Collaborating with an NFT collection, TIME’s President, Keith Grossman is proud that TIME is making this move. He said, “There is so much incredible IP being developed within the NFT space…and we are thrilled to bring his beloved characters into the TIME and TIME Studios family.”

The Robotos NFT has also partnered with other NFT collections.

While Robotos has gained the attention of companies including TIME, the NFT community wants to collaborate with these bright droids. Fellow NFT collection Cool Cats has partnered with the Robotos community and allows members to join a “whitelist”—a list of those who can enjoy a pre-sale—for their upcoming NFT collection, Cool Pets.

While collaborations and partnerships like these might not sound like a big deal, the value potential that the partnerships could produce is what makes the project desirable. For example, the Cool Cats NFT has amassed a large following of 5,000 unique owners, according to OpenSea. Currently, it has a floor price of 7.7 ETH valued at $31,417.23 at the time of writing.

The collaborations indicate a strong community and project. Announcing a partnership with Robotos suggests that the owners of Robotos NFT could indirectly benefit from the success of Cool Cats through its upcoming projects Cool Pets.

It will be interesting to see where the partnership with Time Studios leads the Robotos NFT collection. Currently, the floor for Robotos is 0.66 ETH, which is valued at $2,692.91 at the time of writing.