Why are investors in De’Aaron Fox’s NFT project alleging that he scammed $1.6M from them? – Sporting News 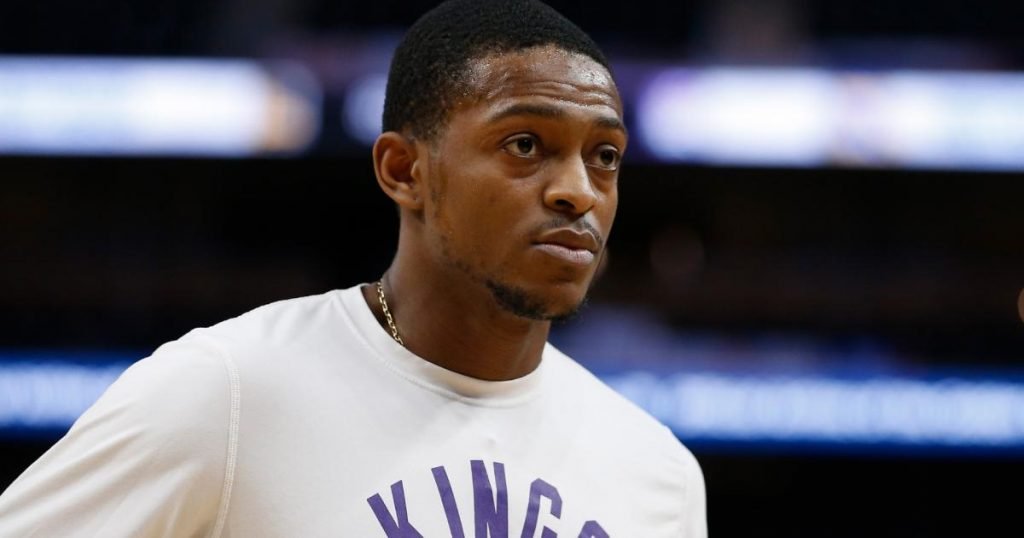 In December 2021, De’Aaron Fox began posting on his social media accounts about an upcoming NFT venture. In their early days, NFTs were mostly about purchasing a piece of art that could be owned on the blockchain and maybe one day flipped for a profit. Fox’s project, and many newer NFTs, are a bit different in that they serve more as a sort of membership pass into a club. Users could mint one of Fox’s NFTs, paying around $400, to get in early and utilize the benefits that he promised down the road.

Fox laid out a roadmap of those promises upon the initial launch of the SwipaTheFox project in January. Among other things, he would establish five or more scholarships to the University of Kentucky, give benefits to members such as creating space in the metaverse to host basketball tournaments, raffle off All-Star Game tickets and merchandise, and have one-on-one personalized experiences with him.

Green Team members could gain even more benefits like in-person meetings and private chats with the Kings guard by ponying up 0.3 Ethereum, worth roughly $1,000 at the time.

There was also a community aspect that was part of the allure for investors. Fox created a Discord for the project, which provided an online chat room where users could interact with him personally. In the beginning of the project, Fox was logged in and answering questions on a daily basis. Many fans of Fox and the NBA were drawn into the project for a chance to interact with him and support his vision of building up his community.

By Feb. 23, around 3,000 people had signed up for Fox’s project. It had raised an estimated 475 eth, worth roughly $1.2 million. That is when the project was unexpectedly canceled. Fox issued a statement in his Discord, explaining that he had stretched himself too thin and would be unable to continue working on the project.

The Sporting News requested comments from Fox and the Kings, which were left unanswered. Fox did release another public statement on Twitter hours after his Discord message.

I want to address an NFT project we launched recently. The project launch was ill timed. I delegated certain aspects to the launch of the NFT in an attempt to partner with professionals. We weren’t happy with the execution & demand on my time and attention during the NBA season.

Almost immediately, chat records in Fox’s Discord were removed, all social media accounts were deleted and Fox turned off commenting abilities on his various social media platforms. An Ethereum wallet containing $1.6 million in funds for the project was mostly drained, going through various exchanges in order to make it more difficult to trace.

Fox has been accused by his NFT holders of rug pulling, which is a common tactic that happens in the space. Project founders will raise money and walk away with all of the funds, shutting down communication channels on their way out to make it more difficult for investors to organize.

“If you think of this as a normal company,” one NFT holder named Loaded Lion told The Sporting News of the rug-pulling technique, “[Fox] had basically IPO-ed, gathered all of the funds, and left with all of the shareholders’ funds. If this had been a normal IPO, he’d be a major fugitive.”

While rug pulling is always an inherent risk in the largely unregulated NFT space, purchasers of Fox’s NFT were caught off-guard because of his personal involvement and overall wealth. It seemed unlikely to them that Fox, who was in the first year of an NBA contract set to pay him $163 million over the next five years, would walk away with a few million dollars of money from some of his biggest fans without delivering on his promises of scholarships, metaverse interactions and giveaways. Those members of his Green Team had little to no interaction with Fox before the project was stopped.

“I know there’s a degree of risk, obviously in any NFT project,” one NFT owner known online as HoneyBuzz told TSN. “It’s like a speculative investment. But I think like for me personally, I try to mitigate that risk as best you can. And I think usually you look for projects with public founders. And so I felt like [Fox’s] was pretty safe.

“I think a lot of people were new to NFTs completely and were brought into it through De’Aaron because they were fans of him, and so they had no idea what to watch out for. And obviously we’re like eating up all these promises that he was making. The way that it all happened was really gross.”

HoneyBuzz also felt reassured by Fox’s consistent messaging in the Discord. Fox insinuated that he would not allow the project to fold, reassuring investors that he would “sweep the floor.” That involves a technique wherein one person buys all of the lowest-priced NFTs to keep the overall price from dropping.

More than the financial rewards, HoneyBuzz was drawn to the membership benefits, “like access to signed merch, meet-and-greets, game tickets, private chats, and ‘Call of Duty’ tournaments.”

Some of those promises did look to be fulfilled, at least at first. The Fox team did reach out to a contractor who built the court in the metaverse. But nobody from his team responded to the six-figure invoice once it was completed.

Ty Wolter, a tennis coach who dabbles in NFTs for side income and was a part of Fox’s project, knows that there isn’t going to be much pity for those who saw their NFTs drop to zero. What he would tell them is that the hurt feelings extend past the money that the community lost.

“In hindsight, it was a poor investment decision. But from my perspective, I’m not upset about money being lost. I’m upset about being promised a service being provided, and then it never being provided,” he said. “It would be like ordering a fence and them telling you it’s going to be too much effort so we’re just going to go ahead and disappear.”

HoneyBuzz also defended the investors who got scammed.

“Some people are guilty of being naive here. But De’Aaron Fox is guilty of being intentionally deceitful. And so I feel like if we’re going to place more of the blame on one party than the other, I would place it on the person who’s being intentionally deceitful, especially when you look at the power dynamic here and all of these fans who were taken advantage of by their idol.”

It seems strange that Fox would put his reputation on the line for $1.6 million when he is worth such a large sum of money. Wolter has his theory of what happened.

“There were other people that were involved in the project. It seems like what happened is that someone he knew came up to him and told him that he could make a ton of money, I’ll do all the work. That guy said he didn’t want to do the work any more, De’Aaron said, ‘Well, I don’t want to run the project, so I guess we’re done here.’ Unfortunately, that leaves all of the investors out to dry.”

HoneyBuzz agrees that Fox probably got in over his head.

“He always said in the Discord that it’s not about money for me. It’s about my brand and it’s about building something long term and being a pioneer in this space and being able to engage with fans. It probably wasn’t led by him. I think someone else probably led the project and he was brought along. But I’m surprised at the amount of personal involvement from not only him but also his wife. It wasn’t just somebody typing for them. They were voice chatting for hours at a time, going on and on and on about how great this project was and promising all these things.”

Some NFT owners have less faith in Fox.

“I would just like him to know that he’s a crook, true and true,” Loaded Lion said. “I’ve never seen someone act so despicably. To lie about giving away scholarships, diverting all funds, taking funds away from people who are way poorer than him. It’s really low.”

Others, like HoneyBuzz, are giving Fox the benefit of the doubt.

“I really do think that he had good intentions of making it everything he wanted it to be. But then I also think that he was super inexperienced and totally underestimated the amount of work that would go into actually creating a sustainable NFT community and delivering on all the promises he made. And he was probably misinformed by a lot of people in that way,” HoneyBuzz said. “And then, in kind of a privileged way, he just decided to walk away because he could and it wasn’t really going to affect him. And he felt like probably he could get away with it. That’s the part that I have a problem with.