Would UHNWIs Buy a Hermès Birkin in the Form of an NFT? – Jing Daily 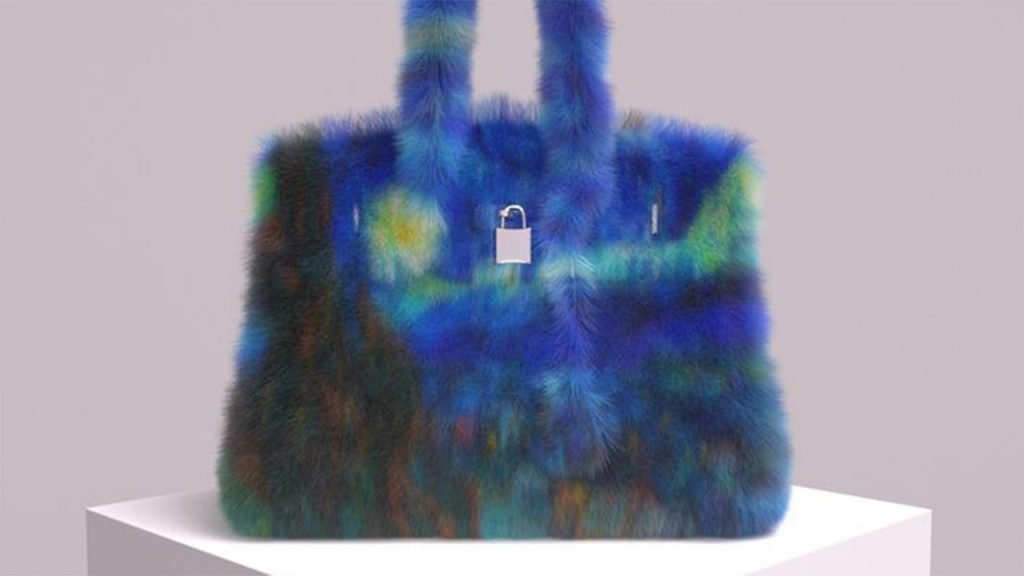 Non-fungible tokens seem to be everywhere you look nowadays, and the world of luxury has not been immune to the hype — there is, after all, great potential for earnings. But it’s a new world out there, a wild west of fraud, scams, theft, impersonation, and the mysteries of copyright law. Even with such headaches priced in (isn’t such danger part of the excitement of any new frontier?), labels risk more traditional, and longer-lasting, problems. The loss of hard-earned reputation, for instance.

The “MetaBirkin” case recently pitted luxury retailer Hermès against Los Angeles-based digital artist Mason Rothschild, who describes himself on his Insta as a “Web3 cowboy.” It’s a warning as to the copyright implications of crypto art. Rothschild had created several digital assets (called “MetaBirkins”) as part of a collection of 100 digital Birkin bag-inspired NFTs. He’d previously partnered with Eric Ramirez in creating a “Baby Birkin,” a 3D animation of a Hermès Birkin bag pregnant with child. All of this was totally unauthorized.

The “Baby Birkin” NFT sold in a Basic.Space auction for the equivalent of $23,500. Photo: Mason Rothschild

Hermès wasn’t happy. It sued Rothschild, alleging “trademark infringement and dilutive use of its iconic Birkin name,” according to the Business of Fashion.

But Rothschild claims the “MetaBirkins” are artworks and therefore protected by the First Amendment (guaranteeing freedom of speech). According to him, these digital assets provide commentary “on the animal cruelty inherent in Hermès’ manufacture of its ultra-expensive leather handbags.”

The Hermès vs. Rothschild lawsuit opened a debate about trademark issues, unfair competition, and brand dilution. It also showed there is a demand for luxury-inspired NFTs. Indeed, “MetaBirkins” have surged significantly since the launch, getting “to near real-Birkin levels – with some selling for as much as the crypto equivalent of £40,000,” Elle magazine reports.

In spite of the demand for Mason’s collection, it’s good to be skeptical about the long-term potential of NFTs that lack the support of the luxury houses they “reference.” Some speculative purchases will continue to grab headlines, but stunts alone do not make for sustainable growth. For the most part, investors will stay away from these for fear that user engagement is based on fraudulent information. Moreover, NFTs (claiming to be) inspired by brands remain at risk of litigation —  and their value crashing. Worse still, the brand could go after the buyer.

This is especially true given that luxury groups are now doing it for themselves. Industry leaders like Louis Vuitton, Gucci, Prada, Burberry, and Givenchy have already launched their own digital assets. And it is reported that even Hermès is looking into the metaverse. “We are curious and interested,” Axel Dumas, the executive chairman of Hermès, told shareholders on April 20.

Naturally, the smartest thing would be for companies to tie the NFTs to the best-selling products offered in the physical world. Imagine if Hermès released limited-edition NFTs linked to Birkin bags. By contrast, the value of standalone NFTs would be more difficult to determine, considering that non-fungible tokens don’t command the same interest and aren’t (yet) status symbols. Hermès could play the scarcity card — even in dematerialized reality.

Of course, it would close itself off from a sizable chunk of traditional consumers who don’t interact with digital assets. This is far from insignificant. A 2021 survey by Security.org, highlighted that 66 percent of Americans have never heard of NFTs before, 14 percent said they heard of NFTs before the survey, but were unsure what they are, 18 percent of respondents were “somewhat familiar” with NFTs, and only 2 percent were very familiar with NFTs, having bought or sold them.

But this number will only grow. Now is the time for businesses to make NFTs work for them. Because, for elusive brands like Hermès and Chanel, missteps can be terminal. They could lose their exclusive appeal — their whole raison d’être — if they become too accessible. They need to envision a scarcity strategy even (especially) in a post-scarcity world.